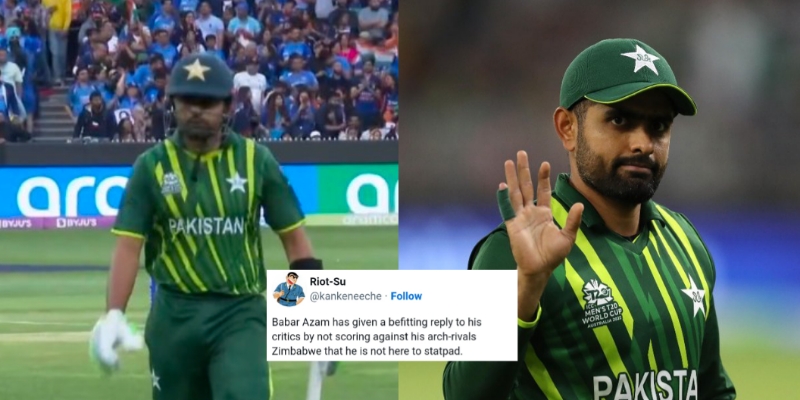 The T20 World Cup 2022 match between Pakistan and Zimbabwe is currently ongoing at the Perth Stadium in Perth where Pakistan is currently chasing a target of 131 runs.

Chasing the target, the start hasn’t been fruitful for the Pakistan team. As of writing this, they have already lost 2 wickets inside powerplay. One of them is Pakistan captain Babar Azam.

Let us tell you that Babar Azam has a great record against the Zimbabwe team in particular in his career and fans expected that he would be at his best today after was dismissed for 0 in that match.

However, his poor run of form continues as he was dismissed for only 4 runs in the match against Zimbabwe. Twitterati have since been making fun of Pakistan skipper.

Babar Azam has given a befitting reply to his critics by not scoring against his arch-rivals Zimbabwe that he is not here to statpad.

Stay strong Babar Azam. This too shall pass
😂