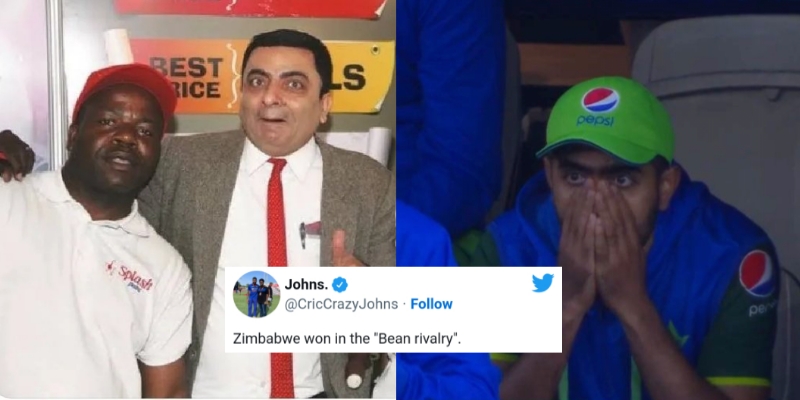 This T20 World Cup just cannot stop giving us golden and unforgettable moments as we saw one today as well as Zimbabwe today managed to clinch a fantastic last ball victory against Pakistan.

In the T20 World Cup 2022 match played in Perth between Pakistan and Zimbabwe, the latter have shocked everyone and done and absolutely great outing against Pakistan to clinch the victory by just 1 runs.

Batting first, Zimbabwe got off to a great start in the powerplay against Pakistan’s pacers, however, they were restricted to just 130 runs in the end.

While that looked and easy job at hand for Pakistan, they suffered some early setbacks and lost 3 wickets for 36 runs. Then, Shadab Khan and Shan Masood built a partnership, however that came to no good as they against lost 3 wickets close enough.

And while they needed 8 runs of the last over, but brilliant bowling display from Zimbabwe led them to making it 3 runs from 3 balls despite a boundary of the 1st ball. And in the end, 2 wickets and 0 runs in those 3 balls, one run out, ensured Zimbabwe a historic win.

Meanwhile following that, Pakistan team fans are expressing his frustration and anger while some are making fun of the Men in Green.

I love seeing Pakistani fans cry. It’s my daily medicine, my weekly energy, my monthly inspiration and my yearly motivation. Their pain is the only reason i’m still alive, I was born to love and enjoy the failure that they have achieved.