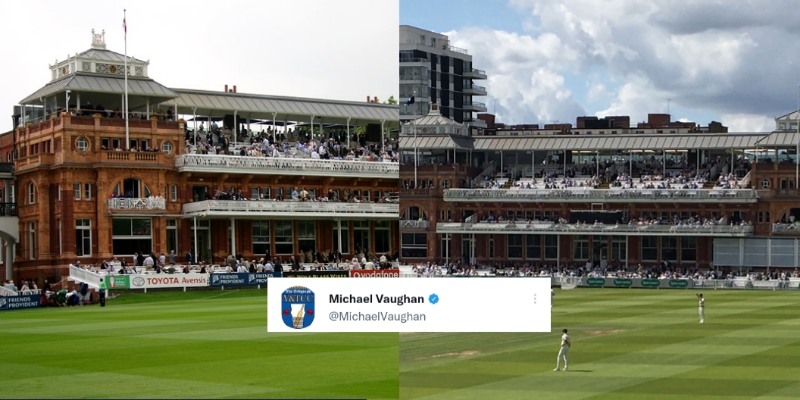 England Test cricket is currently on a low and is going downwards as the Three Lions now prepare for the upcoming 3 match Test series against New Zealand starting from June the 2nd.

While the England cricket team achieved big in the 2019 Cricket World Cup by winning their first ever 50 over world, the Test team is currently going through a very patch.

The Three Lions currently hangs right at the bottom of the World Test Championship 2021-2023 cycle and saw a big transition as captain Joe Root has been replaced with Ben Stokes, while former Kiwi batsman Brendon McCullum has been appointed the new white ball coach.

And with just 2 days to go for the 1st Test against New Zealand, things have got heated again as the England and Wales Cricket Board (ECB) have failed to sold out its tickets for the Lord’s match.

After the news broke out, many former cricketers, journalists and experts gone on to criticise ECB for not being able to sell out a venue like Lord’s and even for keeping the ticket price at 100 pound. Check-out how Twitter reacted to the development.

Never known this.. very worrying for future of Test cricket if even Lord’s can’t sell out on first few days. Jubilee excuse is nonsense – ticket prices are getting way too high for average fan now. https://t.co/tFt4XhPCJR

The unsold Lord's tickets issue annoys me more than it should. It's greed. So many cricket lovers who'd be thrilled to go–and have the time, this weekend–if the pricing were more sensible.

It's actually disgraceful, it's literally half term and I live close enough to Lord's for it to be a trivial public transport journey but there's no way I'm buying £100 tickets for one day of a Test match.

So much noise about Lord's not selling out for Eng vs NZ Test. Many blaming it on the Jubilee.

An important reason is also the ticket pricing. Not just Lord's but anywhere in the world, IPL included, pricing of tickets is something for cricket federations to think about.

Lords not being full this week is embarrassing for the game .. Try & blame the Jubilee if they want but I guarantee if tickets weren’t £100 – £160 it would be jam packed !!! Why are they so expensive ??? #Lords #ENGvNZ