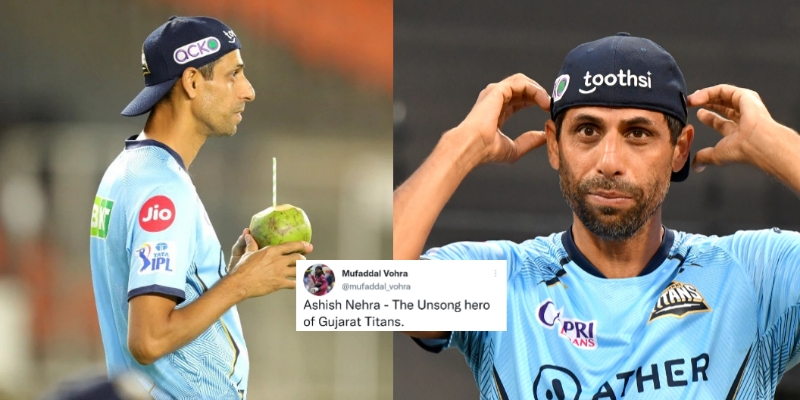 After a hard fought 2 months of full of cricket action, it is the Gujarat Titans who have won the IPL 2022 season in their first season in the competition, and the main man behind the success, has to be none other than Gujarat’s Head Coach Ashish Nehra.

Gujarat Titans have defied all the odds and have managed to lift the Trophy at their home ground in Ahmedabad’s Motera Stadium as they beat the Rajasthan Royals in the IPL 2022 Final.

When the team first built its squad, there were saying around the cricketing world, not speculating them to a title contender, while many even mocked them after they revealed their logo.

But, they have defied all the odds have went on to lift the IPL 2022 Trophy in their first season in the competition. While many credited Hardik Pandya for his brilliant leadership, but, no doubt that Ashish Nehra has played a key role.

Ashish Nehra is coach of the year! 🙂

Man finishing opponents with a pencil. Ashish Nehra is John Wick of Cricket

Love how Ashish Nehra has coached GT to an IPL title, while looking like a tall teenager who may have skipped coaching classes.