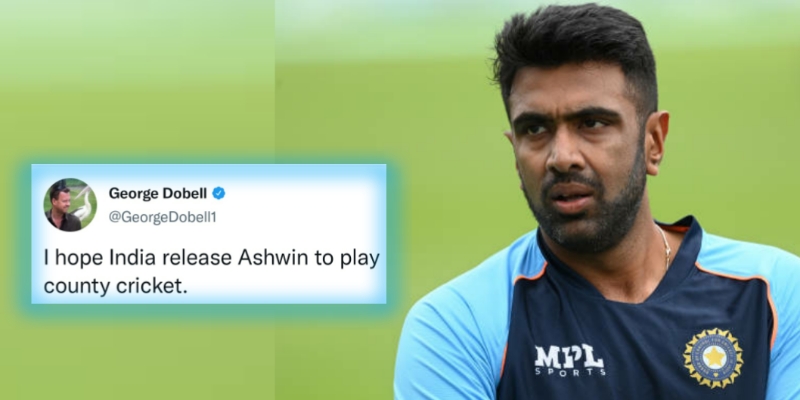 The 3rd Test match of the 5 Test match series between the Indian cricket team and the England cricket team began at the Headingley Stadium in Leeds. R Ashwin is missing in the team.

Indian team captain Virat Kohli won the toss and elected to bat and named an unchanged team from the 2nd Test match, meaning that off-spin bowler Ravichandran Ashwin has been left out again.

During all the Test matches that have happened during this series, Ravichandran Ashwin is yet to feature in any of the matches, and the Indian fans or journalist have gone crazy about it.

“We thought about getting Ashwin in, and the pressure of the extra seamer in these conditions is crucial; Jadeja will bowl a lot more overs because the conditions are a lot more suited for him,” Indian captain Virat Kohli stated about not including Ravi Ashwin during the toss.

Seeing the Indian team’s lineup, many fans have taken it to social media, especially Twitter, to express their opinion on the Indian squad, excluding Ashwin. Here are some of the top reactions:

Ashwin and Mayank Aggarwal in every team photo pic.twitter.com/lIlpPhjk2O

You actually feel for Ravi Ashwin but frankly it was a very difficult and perhaps improbable task to change the bowling unit that did as well at Lords. #IndvsEng

“I have no issues with Ravindra Jadeja. but I have prefer Ravi Ashwin is playing in this Test match in place of Ravi Jadeja.” – Sanjay Manjrekar

They hire professionals do that.

They also understand conditions better than almost any of us.

They know what they are doing.

Dry pitch, same team, no ASHWIN!
Do you agree?
Happy with the same team?#IndvsEng

India registered a historic win over the England cricket team at the iconic Lord’s Cricket Ground on the very last day’s last session. Requiring 272 runs in the previous 2 sessions, England failed to draw the match as the Indian bowlers were in top form to dismiss the entire England team for just 120 runs.

KL Rahul’s brilliant 129 runs, along with Rohit Sharma’s 83 runs, set the foundation for team India. However, England captain Joe Roots brilliant 180 helped the English side to take a 27 runs lead.

In the 2nd inning for India, the bowlers turned hero with the bat as Mohammed Shami, and Jasprit Bumrah’s 56 and 34 runs gave India hope of a draw. However, the Indian bowlers were too good, and England succumbed in front of them.

As a result, the Indian team is now leading the five match series 1-0 after the 1st match ended in a draw with no play in the 5th day at all. India is also atop the World Test Championship 2021-2023 cycle after losing the last cycle final to New Zealand.