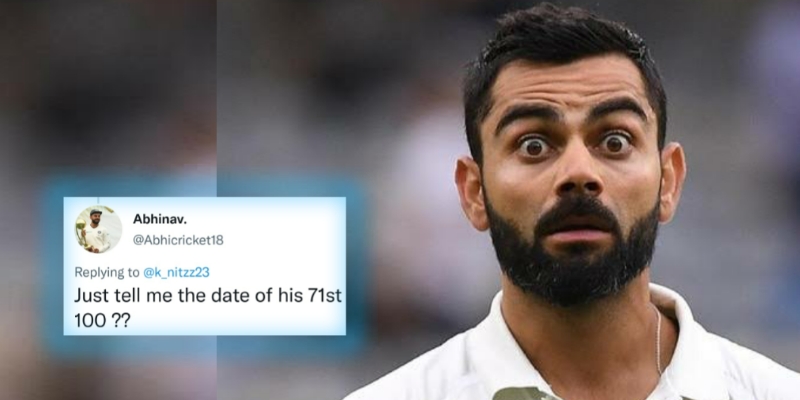 Team India has started the Leeds Test horribly. Virat Kohli’s men have got all-out for just 78 runs on the board. While there have been discussions regarding India’s poor performance, an interesting snippet from Twitter is also hogging the limelight. A Twitter user had predicted Virat’s exact run and ball knock 2 days ago. This has come true after Kohli got out today.

KL Rahul fell to James Anderson in the very first over of the game. The opener went after a ball but edged it to Jos Buttler. Cheteshwar Pujara too quickly followed him a few overs later.

Rohit Sharma and Virat Kohli looked to steady the innings for a while. Virat also looked positive while he was at the crease. However, having made just seven runs, he got out to Anderson. This time, too, a ball on the off-stump extracted an edge which was safely collected by England’s wicket-keeper. Virat’s knock read seven runs from seventeen deliveries on the scorecard.

We have come across plenty of instances concerning coincidences in cricket. However, as soon as Virat Kohli got out today, Twitter was amazed to see that a user had predicted Virat’s score exactly. The user had done it two days ago, which further baffled the users.

The Tweet read, “Virat does all these Olympic lifts just to nick one off on 7(17).” Incidentally, Virat’s first innings score in the Leeds test read 7(17). Of course, it was a coincidence but on very few occasions does such a prediction come true. The user himself was thrilled with the prediction coming true. He tweeted, “Anyone with gender pronouns in bio do not follow this account.