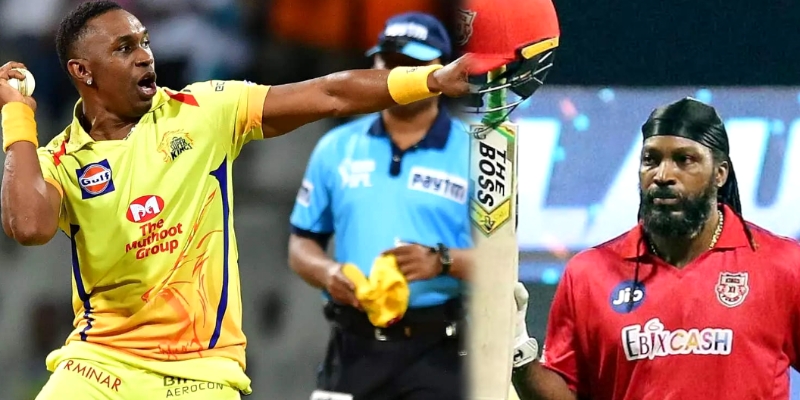 Caribbean have played a key role in IPL’s development over the years. Their power hitting, their celebration has taken the competition to another level.

Chris Gayle, known as the Universe Boss, has played the most important role in the glorification of IPL. Chris Gayle has played 142 matches in IPL so far, in which, he has scored 4965 runs at an average of 39.07 which includes 31 half-centuries and 6 centuries.

Simultaneously, he also tried his hand at bowling and took 18 wickets. Chris Gayle is one of the great players of IPL, but the player has retired from International cricket while he failed to find a suitor in the IPL 2022 Auction.

Caribbean all-rounder Dwayne Bravo is one of the great player to play in the IPL. Dwayne Bravo has played an important role in making IPL world famous. Bravo has played 161 IPL matches so far, scoring 1560 runs at an average of 22.06, including 5 half-centuries, but he has been more impressive in the role of a main bowler for his team, as he has taken 183 wickets. Dwayne Bravo played for MS Dhoni led Chennai Super Kings in the IPL 2022.

Caribbean all-rounder Kieron Pollard is one of the famous players in the IPL. Pollard has played 189 matches in IPL so far and scored 3412 runs at an average of 28.05 including 16 half-centuries. Along with this, he has also taken 69 wickets. Kieron Pollard most recently played for the Mumbai Indians in IPL 2022.

West Indies’ mysterious spinner Sunil Narine is a IPL and Kolkata Knight Riders legend. Sunil Narine has so far scored 1025 runs from 148 IPL matches at an average of 14.86, including 4 half-centuries and when it comes to his bowling, he has taken 152 wickets so far. Sunil Narine has also played the role of a explosive opener for KKR in his career, giving his team a fiery start.

West Indies hard-hitting all-rounder Andre Russell has played 98 IPL matches so far in his career but has been an integral member of the team. He has scored 2035 runs at an average of 30.37, including 10 half-centuries and he has also taken 89 wickets with the ball. He has entertained the fans with his explosive batting, scoring with a strike rate of 177.88.

3 teams to have won most matches in the last over of a match in a season of IPL
“If Bengal players can play regular for other teams, why not here” – Manoj Tiwary lashes out at KKR management for lack of local player
To Top