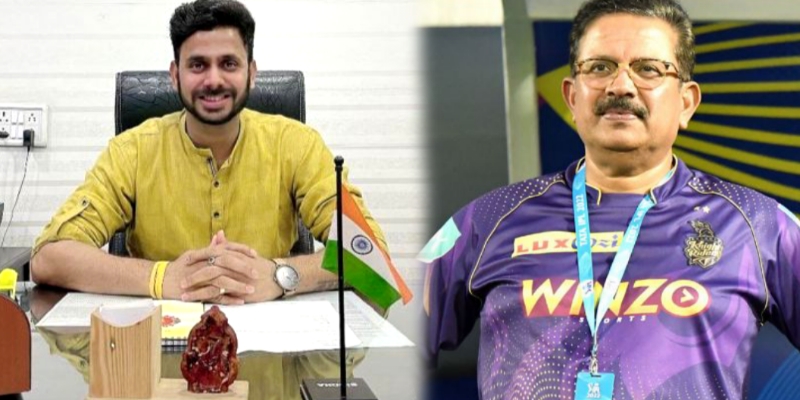 Indian Premier League’s third most successful team Kolkata Knight Riders did not do well in IPL 2022 and finished seventh in the points table with 12 points from 14 matches. Meanwhile, Bengal’s Minister of State for Sports and Youth Affairs Manoj Tiwary has lashed out at the KKR franchise.

Tiwary criticized the Kolkata based Shah Rukh Khan owned franchise because he believes that the IPL team is not promoting the local (Bengal) players.

The Kolkata-based franchise is the third most successful team in the IPL, having won their first title in 2012. Manoj Tiwary was then a part of the Gold and Purple team. But the former KKR player has questioned the team management and their process as fewer players were promoted from the Bengal region, while it is now down to 0.

Apart from Tiwary, former India captain Sourav Ganguly, Mohammed Shami, Laxmi Ratan Shukla and Wriddhiman Saha are some of the names from West Bengal who have represented the franchise.

But in the last few years, players from the region have barely been seen in the franchise. Manoj Tiwary said in a conversation with Sports Tak that he would like to see a change in approach. He said that he always believes that there are some Bengal players who should be playing for KKR. He even asked question to KKR management, stating that if Bengal players are good enough to be a part of Playing XI of other teams, then why not KKR.

“I always say that there should be a lot of players (from Bengal in KKR). So my only question is that if Bengal players can play for those other teams regularly in the playing eleven, why can’t they play here,” stated the Bengal sports minister, who is also still representing Bengal.

It must be noted that several of Bengal players had a great season while playing for the other franchises. Talk about Mohammed Shami and Wriddhiman Saha, who both won the IPL 2022 for Gujarat Titans while both played an important role in the team’s success.

Other than them, all-rounder Shahbaz Ahmed had a wonderful season with the Royal Challengers Bangalore (RCB) and earned praise in what was a successful season for both the parties.

Top 5 West Indies players to play in the IPL
“Because of Sourav Ganguly, I took jersey No. 99”- Jitesh Sharma reveals the reason for wearing Jersey No. 99
To Top