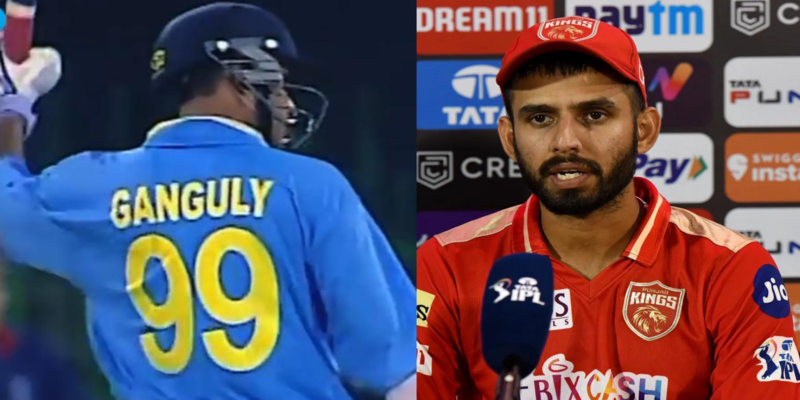 This IPL season saw a lot of young Indian uncapped talent rising to the occasion and proving their worth. A bunch of Indian fast bowlers and some batsmen have come to prominence. One such name is the young wicket-keeper batsman, Jitesh Sharma, who represented Punjab Kings in the TATA IPL 2022.

He played some really good cameos for PBKS coming down the order. However, the wicket-keeper has revealed the reason why he chose to wear the jersey with the number 99. He said that he admired the former Indian skipper Sourav Ganguly, and that is the reason that he picked that jersey number.

Notably, in his early days, the 28-year-old didn’t watch much of Ganguly. But he heard a lot from his father about the southpaw and how he took India to new heights. And just like the former Indian skipper, Jitesh also likes to dominate and is a team man.

In a chat show called “Say Yash to Sports” with Dr. Yash Kashikar, the wicket-keeper batsman said that since his childhood, he has admired Ganguly as his idol. He also said that he didn’t watch him play but that his father used to tell him about the legacy of Ganguly.

He also added that his father used to tell him that the former Indian skipper was like a tiger and was the first one who fought for the team. One of the prime reasons was how Ganguly brought a change in the mindset of the players. He transformed the Indian team and its players totally.

Jitesh also further said that he likes the fighting spirit because the southpaw was the first one who led India to success overseas. The 28-year-old also said that that is how he does whenever anyone tries to dominate him and doesn’t like it.

Jitesh concluded, “I always play for my team and want them to win. So because of him, I took the jersey number 99.” The wicket-keeper batsman scored 234 runs in 12 matches at an incredible strike rate of 163.64. He also did an amazing job behind the wicket for PBKS and took nine catches in the season.

“If Bengal players can play regular for other teams, why not here” – Manoj Tiwary lashes out at KKR management for lack of local player
“Morgan encouraged them to play in IPL” – Naseer Hussain credits IPL for success of 4 English players
To Top