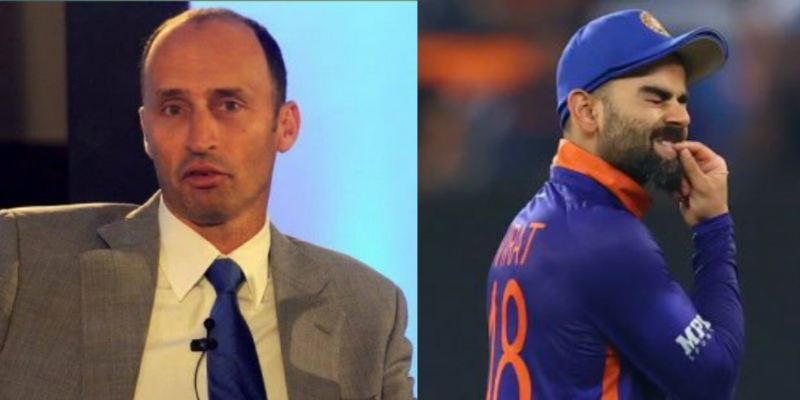 The Indian cricket team has been eliminated from the ICC T20 World Cup 2021 before the semifinals stage. They have won only two of their four matches so far. Even if they beat the Namibian cricket team tonight in Dubai, India will finish behind Pakistan and New Zealand on the points table. Former England cricket team captain Nasser Hussain gave his views on why India have fallen short in the ICC tournaments.

Speaking on T20WorldCup.com about the exit of the Indian cricket team, Nasser Hussain said:

“You have got to go out and express yourself. They (India) have got so much talent. That may be the only thing that’s holding India back in ICC events. They don’t quite play the fearless brand of cricket that they deserve to because they are so talented.”

I had India as favorites for the T20 World Cup 2021: Nasser Hussain

The former England captain further mentioned that he had the Indian cricket team as the favorites to win the ICC T20 World Cup 2021. However, as per Nasser Hussain, the Plan B of Team India was not so strong. He also felt that playing Hardik Pandya as a pure batter hurt the Indian team’s balance, and he opined that changing the opening combination against New Zealand was not needed.

“I had them as favorites. They had been playing IPL here, are a star-studded side. They got a setback in that first game. They are so good at the top, some of the middle-order don’t get much of a hit and suddenly you need a Plan B and that was found wanting,” Hussain added.