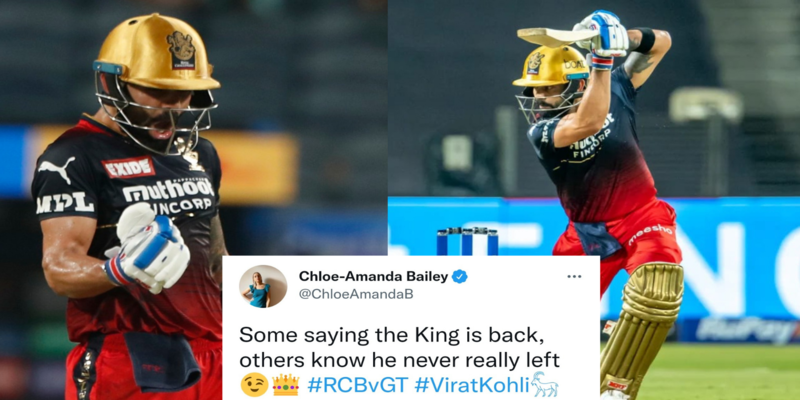 Remember the name Virat Kohli! The run machine for RCB has done it once again to help RCB win an all-important match to stay alive in the competition. Royal Challengers Bangalore have won against the table-topper Gujarat Titans by 8 wickets to get two vital points on the table. With this win, RCB has moved up to fourth place above DC.

Hardik Pandya won the toss and batted first. GT lost Gill early, and Wade also got out after scoring 16 runs. Saha got run out after scoring 31 runs. But then, Miller and Hardik added 61 runs for the fourth wicket to bring GT back on track. In the end, a cameo from Rashid Khan (19*) helped GT to reach 168. Hardik scored his fourth half-century of the season. He scored an unbeaten 62 runs.

Chasing the target, the RCB opener did the undoing and just took the whole game from the hands of Gujarat. The former RCB skipper, Virat Kohli, in particular, who was struggling this season, looked like he was on a mission. He started and kept on hitting boundaries to reach his second half-century of the season. He, along with skipper Faf du Plessis, added 115 runs for the opening wickets.

The skipper got out after scoring 44 runs, which brought Maxwell to the crease. The Australian all-rounder just put RCB on top and played a brilliant cameo of an unbeaten 40 off 18 balls to seal the deal for his team. However, Virat got out in the end, but he played the match-winning knock of 73 runs. The whole crowd seemed happy to see him score and be back in form. Fans showed their emotions on Twitter.