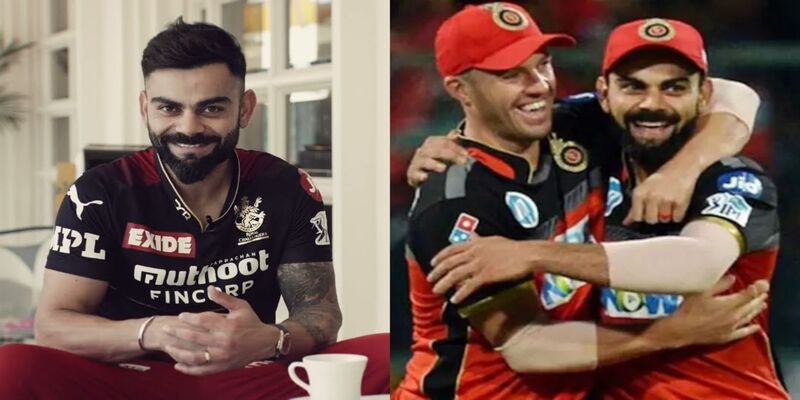 One of the most popular cricket franchises in the world is Royal Challengers Bangalore. Fans not only from India but from all over the world love to watch this team. And one of the reasons behind that is Virat Kohli. Cricket lovers like to see him bat. They love his style and his passion whenever he steps onto the field. But he is not the only one that has got such a fan base. One other cricketer, or we can say former cricketer, has got a huge fan-base like Virat. That is none other than the South African legend, AB de Villiers.

He is called “Mr. 360” for the style he plays in. However, he decided to retire from all forms of cricket last November and is not a part of the ongoing IPL season. Many RCB fans have been seen holding the poster of De Villiers on the ground. Not only fans, but RCB players also miss having him in the team, including former RCB skipper Virat Kohli.

On Wednesday, the franchise shared a video of their in-house show RCB Insider, featuring Virat and Mr. Nags (Danish Sait). The former skipper talked about De Villiers. He said that he missed Mr. 360 but that he talked to him regularly. Furthermore, he added that the former South African skipper was in the US with his family and friends enjoying golf, the Augusta Masters.

Even after retiring from international cricket in 2018, ABD kept playing for RCB till the last season. He joined the franchise in 2011 and spent 11 seasons and played 150 matches overall. In his IPL career with RCB, he has scored 4491 runs as compared to his overall 5162 IPL runs in 184 matches. Interestingly, Kohli also spoke on ABD’s return to the team next year. He said, “So we stay in touch and he is very keenly watching RCB. Hopefully [we see him] here next year in some capacity.”

There was speculation just before the start of IPL 2022 that ABD might return to RCB as a mentor. This was before the announcement of the new skipper of the team. However, it was just a rumor, and it proved to be false news. On the other hand, Virat also spoke of the RCB skipper, Faf du Plessis, and his relationship with him. He said that both of us have always enjoyed each other’s company on the field, even before we started playing together because he was the captain of South Africa.

Furthermore, he also added that sometimes when I tell him to do something, he replies that he doesn’t want to do it, and that is what I respect because he is a captain and has full authority. Virat concluded, “We have had mutual respect for many years. Now I have gotten to know him much better now.”