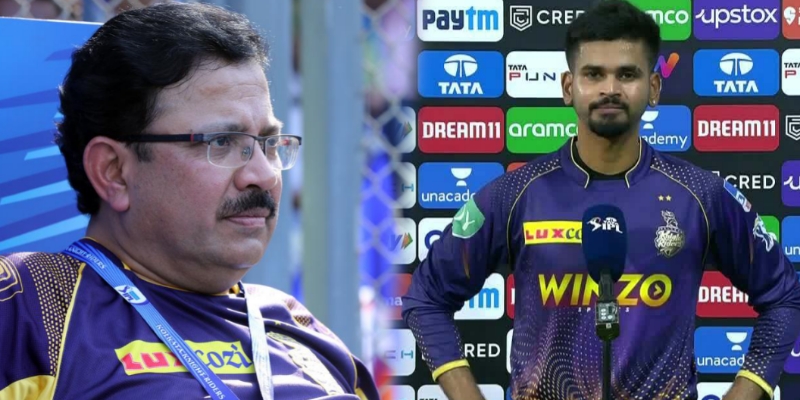 Kolkata Knight Riders (KKR) registered a vital victory over Mumbai Indians (MI) to stay alive in the race for the IPL 2022 playoffs on May 9, but the chances of the franchise finding a place in the top four remain slim.

Kolkata Knight Riders (KKR) had a great start in the ongoing Indian Premier League 2022 campaign, but soon all just fallen apart for them, raising many questions on the team’s selection process, which now captain Shreyas Iyer has made all the headlines with his shocking revelations.

Let us tell you that the Knight Riders have used five different opening combinations in 12 matches, despite which, the franchise is currently on the seventh place in the Indian Premier League (IPL) 2022 points table with 10 points. from 12 matches.

When KKR captain Shreyas Iyer was asked about the frequent changes in the playing XI after the crucial win over Mumbai Indians (MI), the Indian batsman said that it is very difficult to tell the players that they are not part of the playing XI.

He also revealed that, Kolkata Knight Riders’ team CEO Venky Mysore has a involvement in the team selection as well, which is not a right thing a cricket team’s fans may wanna hear.

Shreyas Iyer (on team selection) said, "It's really difficult to tell players about their axing. CEO at times is also involved in team selections. Each and every player takes it well".

Talking about Kolkata Knight Riders’ chances of making it to the playoffs, they stand a very slim chance to make it, for which, they will have to win all of their matches and hope that the other results go their way.

“It is pretty special” – Devon Conway on being compared with former CSK star batter Michael Hussey
“Hopefully, next year” – Virat Kohli signals the return of AB De Villiers to RCB
To Top