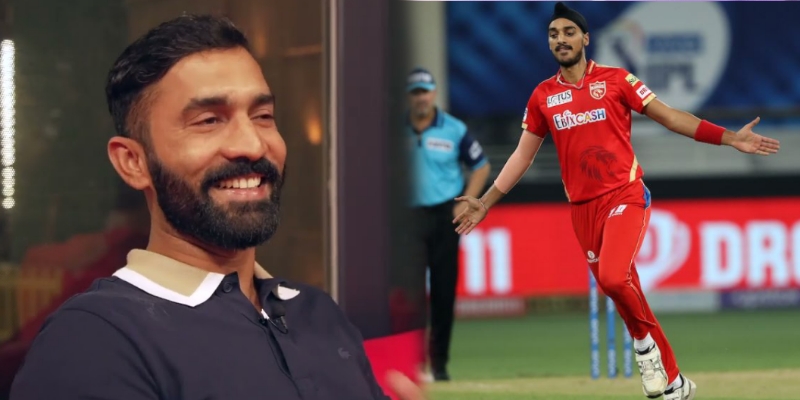 Royal Challengers Bangalore’s wicketkeeper batsman Dinesh Karthik, who has partly worked as an commentator, has named three Indian uncapped players who have impressed him the most.

Indian Premier League (IPL) 2022 season is reaching its closing stages, with the top 4 is now getting clear and clearer. But, like always, this year too, IPL has worked a brilliant in producing gem of cricketers.

The current Royal Challengers Bangalore (RCB)’s wicketkeeper batsman Dinesh Karthik, who has played so vital role for his team, has named 3 Indian uncapped bowlers who have impressed him the most.

Karthik stated about Arshdeep Singh that he has done so well for Punjab. Even with the presence of players Kagiso Rabada, he has shone.

Next talking Gujarat Titans’ Yash Days, for whom the Gujarat franchise had to fend of KKR to get his services, Karthik said that Yash is a terrific find and he has the ability to swing both ways with the new ball, that makes him excited.

While talking about Mohsin Khan, Karthik said that he has bowled some brilliant spells with consistent performance of less than 6 runs per over. He also added Mohsin’s slower balls are really good.

“The King is Back” – Twitter erupts after RCB beat GT by 8 wickets, Virat wins the “Man of the Match”
“Our experts will keep an eye” – Mahela Jayawardene on Jofra Archer ruled out of English summer after another injury
To Top