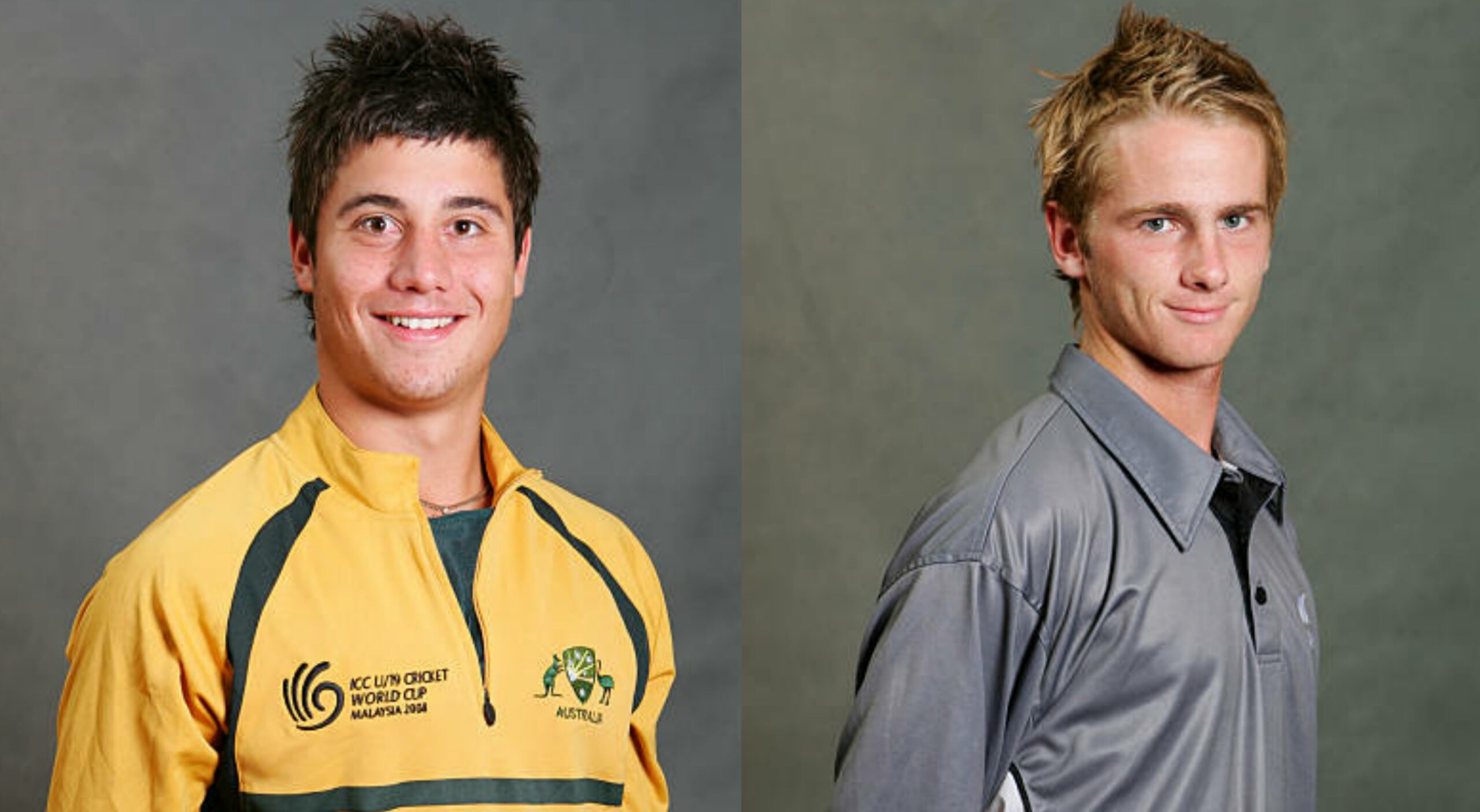 2008 U19 World Cup is famous because many players who were part of that event have gone on to become important cricketers for their country’s senior squad. Now, players who had met in that World Cup clash frequently at important tournaments. In this article, we look at an XI that made the best use of the platform that the 2008 event was.

India won that World Cup under the leadership of Virat Kohli. Barring Virat, the likes of Manish Pandey and Ravindra Jadeja were also part of that Indian squad. Similarly, most of the other nations also had cricketers who are at the peak of their careers now.

Openers Who Played In 2008 U19 World Cup: Virat Kohli (C) and Reeza Hendricks

The third-highest run-getter of the tournament and the winning captain, Virat Kohli needs no introduction. Since that event, not many have grown in stature faster than that of Virat. Although he is a specialist middle-order batsman, for the sake of balance of this XI, the Indian captain opens the batting.

Unlike his counterparts, Reeza Hendricks had a rather late introduction to the senior squad. Nevertheless, the opener has been showing good form in recent days, especially in the T20I format. Hence, he walks alongside Virat for this XI.

It will be a real solid middle-order for this XI. While Virat is at the top, the core of the middle-order consists of the other two members of the Fab 4 – Steve Smith and Kane Williamson. Both these gentlemen have achieved plenty of honours for their country. While Smith has played several match-winning knocks in Tests, Kane recently led New Zealand to World Test Championship victory, an ICC trophy that came to the country after a long time.

Although they showed promise at the start, both Dinesh Chandimal and Manish Pandey haven’t been able to kick on in their careers. Nevertheless they, too, have had some fine moments playing for their nations and hence, qualify for this XI.

All-Rounders Who Played In 2008 U19 World Cup: Marcus Stoinis and Ravindra Jadeja

Marcus Stoinis and Ravindra Jadeja will be the all-rounders for this XI. While one is a pace-bowling all-rounder, the other has spin-bowling in his armoury. Hence, these two will complement each other very well. Talking about their international careers, Stoinis is currently in the scene with regards to the Australian limited-overs side, while Jaddu is an all-format cricketer for Team India.

The bowling attack of this line-up comprises the Kiwi duo of Trent Boult and Tim Southee, along with Aussie speedster Josh Hazlewood. Considering the versatility they bring to the table, you can call it a complete pace attack. This attack is also quite adaptable to all three formats of the game. While Boult and Southee recently won WTC, Hazlewood has been at the centre of Australia’s pace attack in the longer format for a few years now. He has also made inroads into the limited-overs setup recently and is enjoying good form.