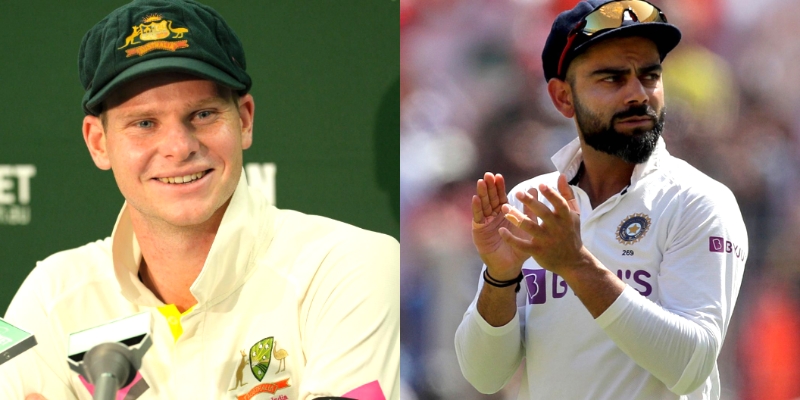 With Virat Kohli now out of duty as India’s Test captain following the series defeat against South Africa, former Australia captain Steve Smith has picked whom he would prefer as India’s next Test captain.

In what was a very shocking announcement, Indian batter Virat Kohli announced his decision to step down as India’s Test captain with no reasons mentioned.

With that, Virat Kohli is now completely out of the helm of the Indian cricket team as he has earlier stepped down as T20I captain and was then sacked as ODI skipper following that.

With that, the question now is, who will be India’s next Test captain, the successor of Virat Kohli. At the moment, a couple of names are going around the social media, with reports of Rohit Sharma being the most likely.

As part of that, a fan asked the Aussie batsman whom he thinks should replace Virat Kohli as India’s next Test captain.

Replying to which, the Aussie first heaped praise on Virat Kohli’s success as India’s Test captain and then picked Rohit Sharma and KL Rahul as his favourite candidates to takeover the duties from Virat Kohli.

Steve Smith's take on the next Indian Test captain 👀 pic.twitter.com/CSLh67goIW

The BCCI is yet to decide on who will lead the team after Virat Kohli, but Rohit Sharma, who is also leading in the white-ball cricket, is the leading candidate.

Other than him, KL Rahul is also said to be in the running, with many experts also recommending Rishabh Pant, while Jasprit Bumrah has also confirmed his interest if given the opportunity.

Team India will next play a Test series against Sri Lanka from the 25th of February, thus there is enough time for the selectors to decide the next skipper.

“Will Do Wonders For India”, Dinesh Karthik Predicts 31-Year-Old Batsman To Achieve Great Things For India
“I think he is a wonderful cricketer” – Dale Steyn names one player India missed during South Africa series
To Top