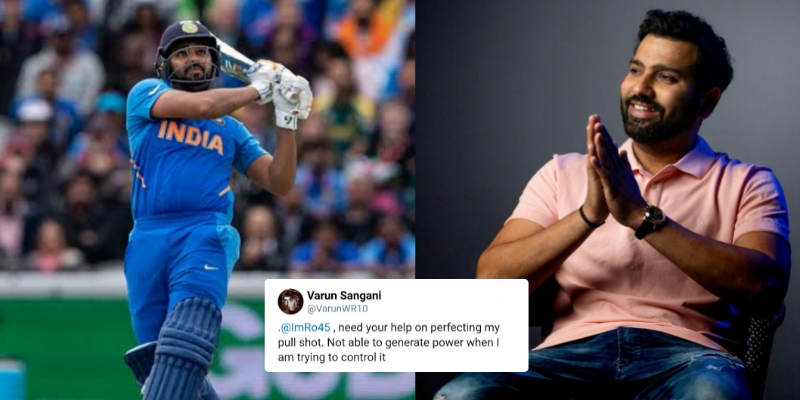 Rohit Sharma is one of the best batters in the world right now, having performed well in all three formats over the last few years. Initially, fans considered the Hitman as a white-ball specialist only, but the right-handed batter has proven his doubters wrong by performing well in Test matches in India as well as overseas. He played an instrumental role in the Indian cricket team taking a 2-1 lead in their ICC World Test Championship series against the England cricket team last year.

Many fans would know that pull shot is one of the favorite shots of Rohit. It has been one of the most productive shots for him. Not every batter can play the pull shot the way Rohit does. Most importantly, he does it in all formats of the sport.

Quite a few members of the cricket universe seek tips from their favorite cricketers. However, not everyone is lucky enough to receive answers from them. However, one of the Twitter users just got lucky as he asked for a pull shot tip from Sharma, and the cricketer himself responded.

“@ImRo45, need your help on perfecting my pull shot. Not able to generate power when I am trying to control it,” a fan tweeted.

“Don’t worry… if the bowler pitches it short, just slice it. What say, @mipaltan?”

Don’t worry… if the bowler pitches it short, just slice it. What say, @mipaltan?

Rohit picked up an injury in a practice session before the departure to South Africa. He will miss the South Africa series, but he will reportedly be ready for the home season. It will be interesting to see how he performs upon his return from injury.