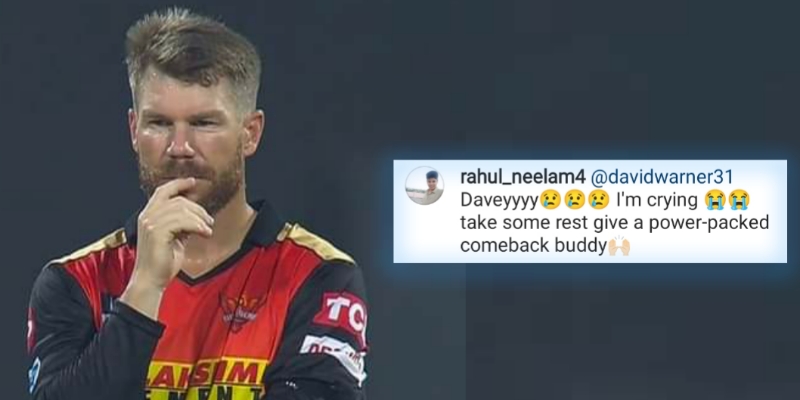 The SRH team management sacked Warner as the captain ahead of their match against the Rajasthan Royals during the first phase of the 2021 edition of the Indian Premier League. They even announced that they would be changing their overseas combination. Soon, they dropped David and replaced him with Afghan all-rounder Mohammad Nabi. However, Warner was back in the playing XI when the IPL season restarted in the UAE.

Fans were hopeful that the Australian batter would perform well this time around, but the same did not happen. Warner started his UAE leg with a duck against the Delhi Capitals. In the next match, he failed to get going against the Punjab Kings. Once again, David was dropped from the SRH playing XI before the Orange Army’s match against the Rajasthan Royals.

David Warner interacted with the fans on social media

While the Sunrisers Hyderabad were playing against the Rajasthan Royals at the Dubai International Cricket Stadium, David Warner was in the team hotel, watching the match live on his TV. He lauded Jason Roy after the Englishman slammed a half-century.

Also, when one of the fans got emotional and asked him to comeback, Warner replied on Instagram: “Unfortunately won’t be again but keep supporting please.” Another fan asked: “Is Warner in the stadium? We didn’t spot him.” To this, he answered: “Nope, but we will win.” You can see both the comments made by David during the game right here: