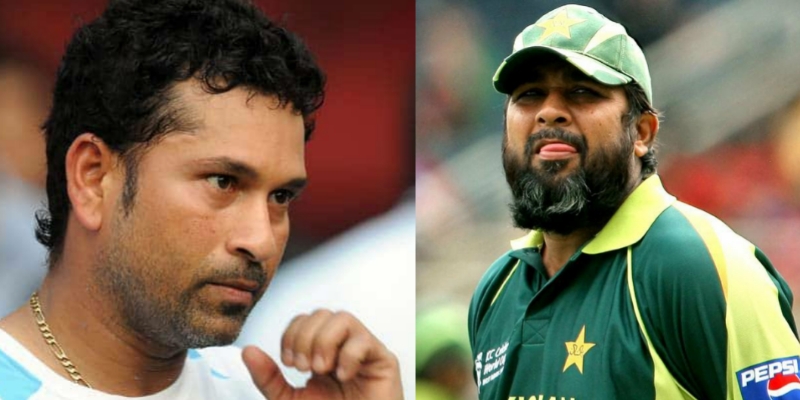 Former Indian cricket team captain Sachin Tendulkar has sent a touching message to his former on-field rival Inzamam-ul-Haq as he underwent angioplasty after suffering a heart attack. According to the latest update, Inzamam has been discharged from the hospital. The former Pakistan cricket team captain complained of chest pain over the last three days. After knowing he had suffered a heart attack, he was rushed to hospital for surgery.

Inzamam-ul-Haq was one of the top batters of his era. To date, he is the highest run-scorer for the Pakistan cricket team in the One-day international format of the game. After retirement, Inzamam served as the batting consultant of Pakistan and also worked as the selector. He has even had a coaching stint with the Afghanistan cricket team. Recently, he worked with the Peshawar Zalmi team in the 2021 edition of the Pakistan Super League. Inzamam also runs his own YouTube channel, where he shares his views on the game.

As mentioned ahead, Sachin Tendulkar and several other cricketers reacted to Inzamam-ul-Haq’s health update. Sachin posted the following tweet:

“Wishing you a speedy recovery @Inzamam08. You’ve always been calm yet competitive, and a fighter on the field. I hope and pray that you’ll come out stronger from this situation as well. Get well soon.”

Wishing you a speedy recovery @Inzamam08. You’ve always been calm yet competitive, and a fighter on the field.

I hope and pray that you’ll come out stronger from this situation as well. Get well soon.

The latest tweet by Sachin Tendulkar about Inzamam-ul-Haq has crossed the 10,000 likes mark. So far, 13,200 fans have liked the tweet, while it has received more than 1,000 retweets. This tweet shows that even though Sachin and Inzamam were rivals on the field, they have been good friends off the field.