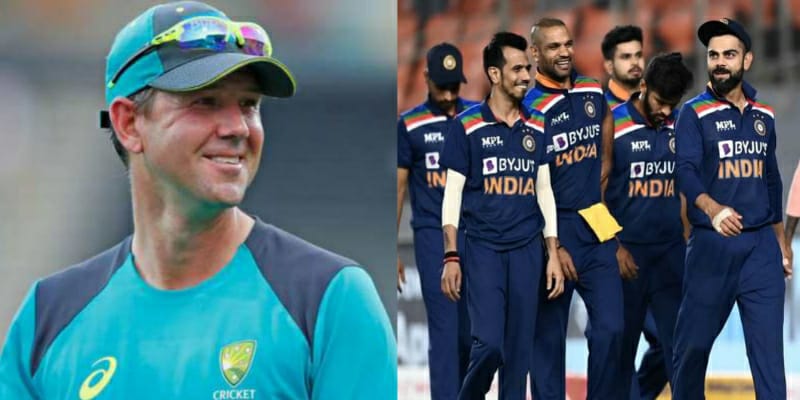 Ricky Ponting, a former Australian captain, believes that young Indian batsman Rishabh Pant will be one of the stars to watch in the upcoming T20 World Cup. Pant has become an important component of Team India’s setup, according to Ponting, who believes the Men in Blue may employ him as a floater in Australian conditions. Pant and Ponting were colleagues with the Delhi Capitals in the Indian Premier League.

In the ongoing five-match T20I series against South Africa, Rishabh Pant is leading Team India. India lost by seven wickets in the first Twenty20 International on Thursday at Arun Jaitley Stadium in Delhi, after scoring 211/4. Ricky Ponting, Pant’s coach with the Delhi Capitals, has now weighed in on where Pant should bat and why he can be used as a floater.

I believe he’ll be used as a floater. They’ll have him in the batting order at number five. However, if they come to the point where there are seven to eight overs left and they’re down one or two, they’ll consider bringing him in and giving him as much time as possible. He’s that energetic and dynamic. On ICC Review, Ponting stated, “That’s absolutely the way I’ll try to use him.”

Pant only managed to score 340 runs in 14 IPL games, averaging 30.91. Pant was dissatisfied with his performance in the IPL, according to Ponting.

When Ponting was asked about the position of Dinesh Karthik in the Indian squad he said that he will take him as a finisher in the team. He said it is very hard to leave Dinesh karthik from the side after seeing the way he finished the game for RCB this year.

“The performance you know, the reason you don’t” – Twitter reacts to KL Rahul’s girlfriend Athiya Shetty spotted watching India vs Bangladesh in Adelaide

“Thanks to Pakistan’s win, India could avoid New Zealand in semis” – Twitter reacts to Pakistan getting the better of South Africa in a must win match in T20WC 2022