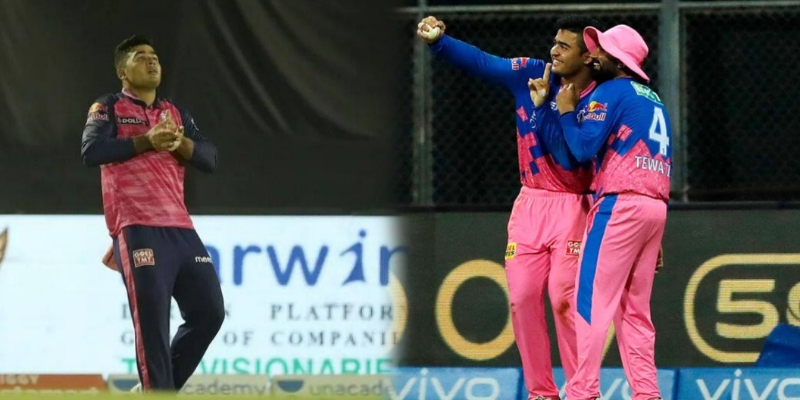 Rajasthan Royals (RR) player Riyan Parag broke Ravindra Jadeja’s record for most catches in an Indian Premier League (IPL) season. In this case, he is at number one in the list of Indian players. Before him, Jadeja was at the top of this list and had an all-time record to his name.

In the match against Chennai Super Kings, Parag took his fourteenth catch of the season. Jagadeesan’s shot off Obed McCoy was caught by Parag, which led to him getting surpassed Jadeja’s all-time record.

The batsmen could not time his shot properly and the ball went into the hands of Riyan Parag, who was standing in the ​​mid-off area. Parag has been one of the best fielders in IPL 2022. He has converted several difficult catches to an easy one. He got his name registered at the top of the fielders who took the most catches in a season by Indian fielders.

Former Chennai Super Kings captain Ravindra Jadeja had earlier held the record of taking 13 catches in 2015 and 2021. Even Mumbai Indians (MI) captain Rohit Sharma took 13 catches in the 2012 edition of the Indian Premier League. In terms of overall record in a season, former Royal Challengers Bangalore player AB de Villiers sits at the top. He played 16 matches in the year 2016 and took 19 catches.

In a short conversation with the broadcasters before the match, Parag said that cricket is a fun game and that everyone should enjoy it, and that’s why everyone play the game. It is worth noting that Rajasthan Royals has had a strong season as compared to other teams, they have flair in every department and now have also confirmed a top 2 finish.