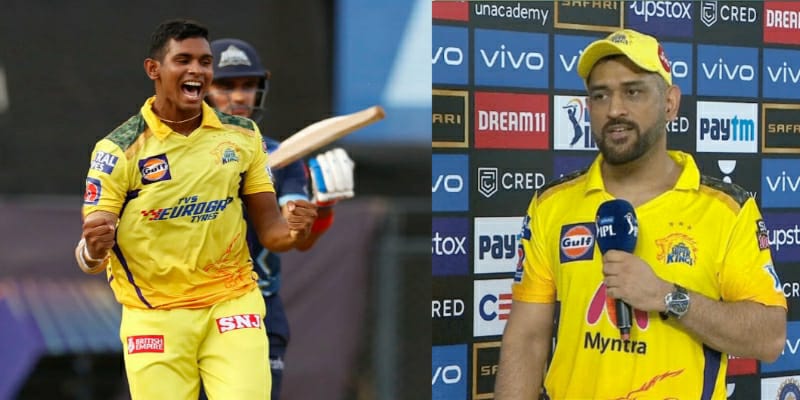 On Friday, Rajasthan Royals defeated Chennai Super Kings by 5 wickets to secure second place in the IPL 2022 rankings. At Brabourne Stadium, RR knocked down a 151-run target against CSK with two balls to spare, with Yashasvi Jaiswal 59 off 44 and Ravichandran Ashwin’s 40 not out off 23. Earlier, after a strong start (75/1 in 6 overs), the MS Dhoni-led team could only manage 150/6 in 20 overs.

Except for Moeen Ali (93 off 57), none of the other CSK hitters contributed significantly, whilst RR’s Obed McCoy (2/20) and Yuzvendra Chahal (2/26) were spot on when it counted most. RR presently has 18 points, the same as the Lucknow SuperGiants. However, a better net run rate helps Sanju Samson and company occupy the second spot.

Shubman Gill and Hardik Pandya were Matheesha Pathirana’s first two IPL wickets in the Indian Premier League, which he took against the Gujarat Titans. His movement resembles that of Lasith Malinga, a former Sri Lankan cricket fast bowler.

MS Dhoni said in a post match interview, “Our Malinga (Pathirana), he’s really good. It’s difficult to pick him and I feel he will definitely contribute next year for us in a big way.” CSK endured one of their worst IPL campaigns, as they went out of reckoning for a play-offs spot quite early in the season.

By beating the Chennai Super Kings, Rajasthan Royals will play against the table toppers Gujarat Titans in Qualifier 1 at the Eden Gardens, Kolkata on May 24. The final will take place on 29th May at the Narendra Modi Stadium, Ahmedabad.