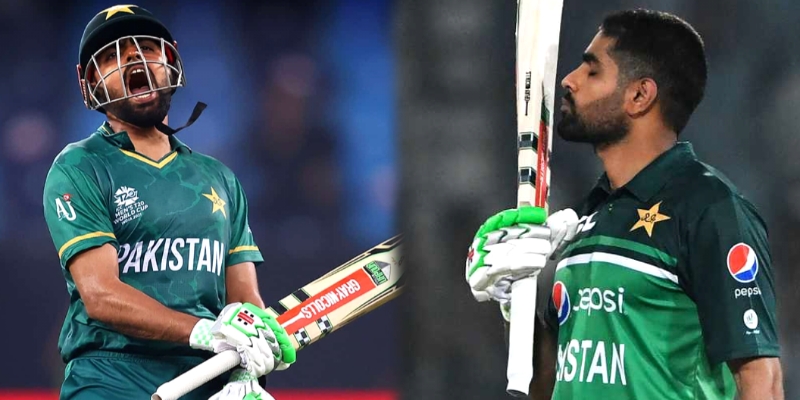 Pakistan cricket team skipper Babar Azam once again wrote a new record to his name when Pakistan took on the mighty West Indies cricket team in the 1st of the 3 match ODI series being hosted by Pakistan.

In a battle that went to the last over of the match before the Pakistan team recorded a victory thanks to a cameo from Khushdil Shah. Pakistan skipper Babar Azam too had a great match as he scored his career’s 17th hundred.

The West Indies cricket team posted a total of 305 runs on the board after batting first. Opener Shai Hope scored 127 runs while Shamarh Brooks added 70 runs to total. Haris Rauf was the pick of the bowler for Pakistan as he took 4 wickets.

Imam-ul-Haq gave Pakistan a solid start as he scored 65 runs. But then, Babar Azam and Mohammad Rizwan added more than 100 runs partnership as Azam scored Century while Rizwan was dismissed for 59 runs. But, it was only Khushdil Shah’s cameo that took Pakistan over the line.

After Babar Azam scored 103 runs in the match, he also became the fastest ever to score 1000 runs as an ODI skipper. Azam also became the first batsman to now score 3 consecutive Centuries twice in a row now in his career, that is the dominance of the Pakistan skipper.

Pakistan will now look to secure the series when they take the field against West Indies on the 10th of June.