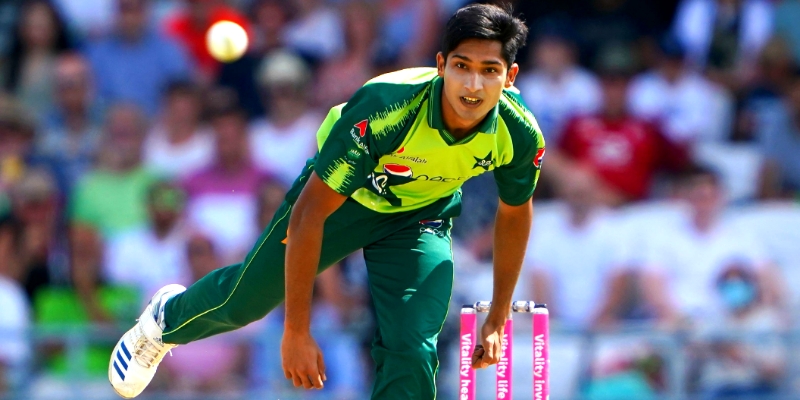 Pakistan cricket team pacer Mohammad Hasnain has been cleared to bowl in international cricket stage after an independent re-evaluation at an ICC accredited center in Lahore.

The flexion of Hasnain elbow is considered to be under 15 degrees, and thus, the Pakistani pacer has now been allowed by the International Cricket Council (ICC) to bowl.

Hasnain was reported for a suspicious action by umpire Gerard Abood while he was playing for the Sydney Thunder in the Big Bash League in January this year. He was suspended from bowling after his action was tested during the Pakistan Super League the following month.

However, he was allowed to bowl in domestic cricket. Along with this, the Pakistan Cricket Board had asked him to keep improving the action. High performance coach Umar Rashid was also appointed for him. After this Hasnain’s bowling action was once again assessed. This investigation was done on May the 21st. After this, the report was verified by independent experts of Cricket Australia, it was investigated under the rules of the ICC.

In the first match, Pakistan cricket team won the match by 5 wickets. Pakistan captain Babar Azam scored a century in the match played in Multan.

Significantly, after the action was reported, he was not even allowed to play in franchise cricket apart from international cricket. The PCB also took this matter seriously and did a better job for the return of its player.

Pakistan skipper Babar Azam creates a massive record; becomes first in International cricket to do so
“After the Almighty, it is probably Sachin” – Shoaib Akhtar recalls dismissing Sachin on first ball that led to recognition
To Top