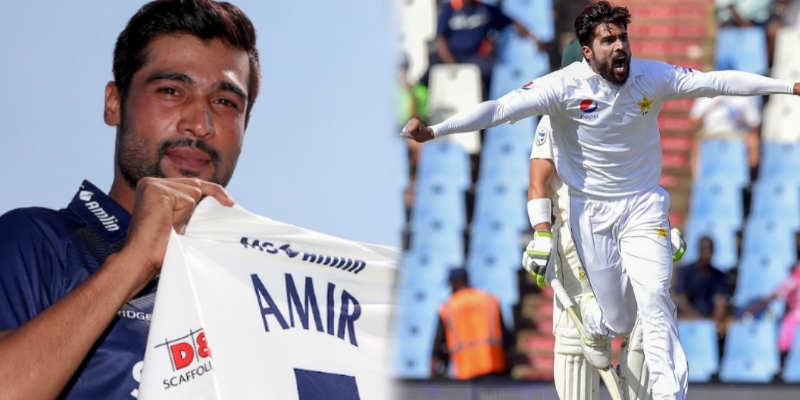 Pakistan pace bowler Mohammad Amir has recently signed with Gloucestershire County Cricket Club in place of injured countrymen Naseem Shah. Amir, who is known for his swing bowling, took the first wicket for his team on May 5 and this sparked the discussion about his return to the longest format of the game. The left-arm pacer is returning to first-class cricket after two and a half years of announcing his Test retirement.

It was believed that if he performed well in the first-class setup, there could be chances of his return to International white-ball game. However, the pacer said that it is too early to talk about a Test return, and currently, he is enjoying his stint with Gloucestershire.

Mohammad was quoted by ESPNcricinfo as saying that it is too early to talk about a return to Test, things may change in future, that’s not known, but for now, he is enjoying playing for Gloucestershire.

“It is too early to talk about a Test return. You never know and things can be changed but for now, I’m enjoying playing for Gloucestershire,” said Mohammad Amir.

Amir bowled 28 overs in his debut match against Surrey and 21 overs on the first day against Hampshire. Although he mostly bowls with the new ball, it is interesting to see that he has taken all his wickets (three) so far with the old ball.

He further said that he is playing after three years so it is not easy as a fast bowler as he hasn’t played any first-class cricket in the last four years but insists that he is getting better after the first match and just trying to help the boys and do good for them.

Amir retired from Pakistan cricket two years ago amid controversial circumstances, but he has troubled some of the biggest batsmen around the world with his bowling during his prime days.