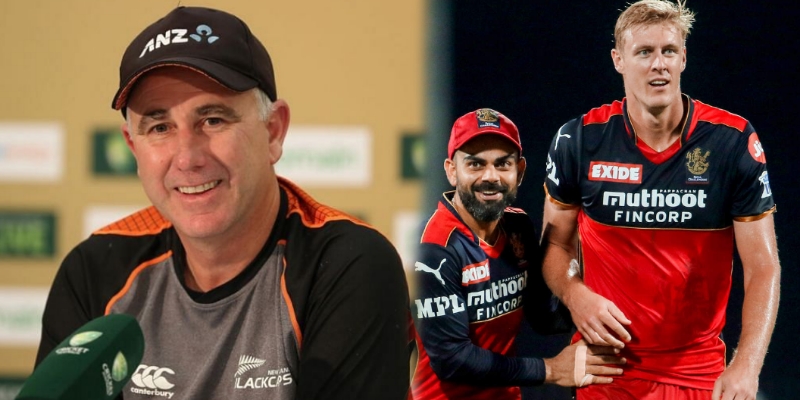 Indian Premier League (IPL) compared to the rest of the T20 leagues around the world, is the best in the business. Young players give their names for the auction with a lot of veteran players every season to play in it. After which only a few get a chance, the biggest reason for which the teams already have couple of well established players in the team.

However, apart from this, there are some such players, about whom there is already a lot of discussion and they also prove to be in demand of the franchises in the auction.

However, despite this, apart from consistently performing well in international cricket, playing in other T20 leagues including IPL also proves to be a bit difficult for the players. For this reason, before the auction of every season, many players have also withdrawn their names, but most of them include the names of some of the established players.

But this time, before the IPL 2022 Mega Auction, New Zealand team’s young fast Kyle Jamieson surprised everyone by withdrawing his name. In the season of IPL 2021, Jamieson was part of the Royal Challengers Bangalore (RCB) team and he performed very well. At the same time, Jamieson has recently got a place in the New Zealand team for the selected 3-match Test series against England.

Ahead of this season’s IPL mega auction, Kyle Jamieson took the decision to focus on his game besides spending time with family. In which, apart from his captain Kane Williamson, Daryl Mitchell, Trent Boult, Devon Conway and Tim Southee did not go along with him. He decided to play in the ODI series against Netherlands in March-April 2022 in addition to the domestic Plunket Shield.

Regarding which now the head coach of the Kiwi team, Gary Stead, said in his statement that, it is a very courageous decision that Kyle Jamieson has taken at the age of 27, because he wants to play for New Zealand in all three formats, in which Test cricket is one of the top priorities for him and that he is happy about the pacer’s decision that he wants to focus on Test cricket.

“I think it’s a very brave move for someone at Kyle’s age (27) to make, but he’s obviously had some experiences there and worked out what he needs as a cricketer,” said Stead.