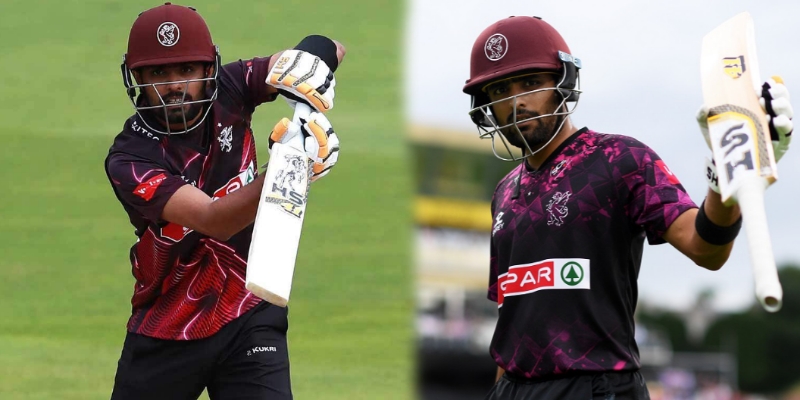 Babar Azam, the captain of the Pakistan cricket team, has emerged as one of the best batsman in both the ODI and T20 formats for the last few years. He has led his team to victory not only in Pakistan but also in domestic league and county cricket with his performance. Other than that, he is also ranked number 1 in both the ODI and T20I ranking.

Azam has played many matches in the county cricket in the past, but, is not taking part this time and will not be playing in the T20 Blast 2022. Actually, from June 8th, the Pakistan vs West Indies ODI series will commences, due to which Babar has given preference to the national team. Meanwhile, Babar has been adjudged the best T20 player of Somerset as per the fan survey.

According to a report by Cricket Pakistan, Babar Azam has got the honor for his excellent batting in the earlier seasons for the club. Let us inform that Babar was with the Somerset team in 2020 when he scored 218 runs in 7 innings at an average of 36.33.

He also scored a century against Glamorgan that season. Not only this, Babar Azam completed his 5000 T20 runs while playing for Somerset. He became the third batsman to achieve this feat.

Babar was one of the most expensive players in the second season draft of The Hundred tournament held last month but he will not take part in the competition.

The Pakistan skipper has decided to focus on international cricket as the next 12 months will be very busy for Pakistan cricket in which they are to participate in two multi-nation tournaments i.e. Asia Cup and T20 World Cup.

Babar Azam’s performance in last year’s T20 World Cup was quite a stunning. He scored 303 runs in 6 innings at an average of 60.60 and topped the list of highest run scorers. Due to his performance, Pakistan reached the semi-finals, where they had to face defeat against Pakistan.