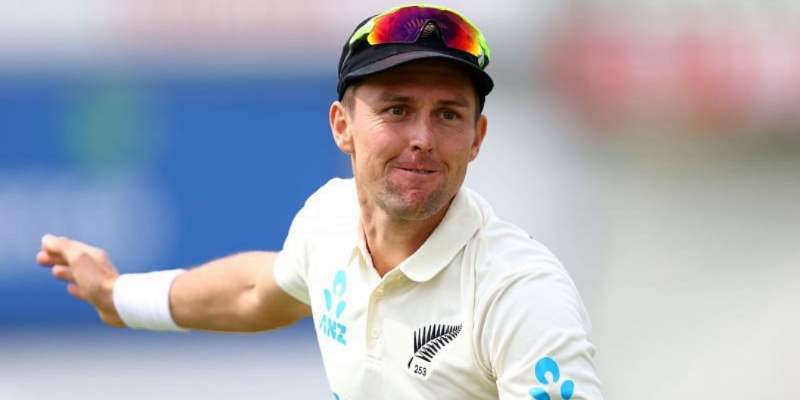 With just 3 days from the start of the 1st Test match of the New Zealand tour of England series, New Zealand pacer Trent Boult is very much unlikely for the first Test after returning from the scenes of the IPL 2022.

The Indian Premier League (IPL) 2022 season is over and it is time for the players to return to their national teams for the national duty that beckons them. And IPL finalist Trent Boult is one of those name who will be going straight into the International scene after just playing IPL 2022 Final.

New Zealand cricket team will take on the England cricket team in a 3 match Test series in London, Nottingham and Leeds respectively in the coming month. The matches will be as part of the ICC World Test Championship 2021-2023 cycle.

However, with just few days before the start of the first Test match, New Zealand team has been dealt a huge blow as Trent Boult won’t be taking part in the match after returning to join the camp from the IPL 2022.

Trent Boult, New Zealand’s one of top bowler, was a part of the Indian Premier League (IPL) 2022 final, representing the Rajasthan Royals. However, his team suffered defeat to Gujarat Titans, who won their first IPL Trophy in their first campaign.

Reports say that Trent Boult boarded the plane for London today and may reach his destination by only midnight. As such, after a 2-month long season, Boult may be rested for the first Test.

The Kiwis had announced a 20 man initial squad that visited England and played the warm-up games against Sussex and County Select XI. The squad now has been cut short to 15 man squad with Michael Brecewell added as a backup to Henry Nicholls.

Other than that, the Blackcaps will be lead by Kane Williamson, while campaigner like Tim Southee, Kyle Jamieson, Devon Conway, Tom Latham are also part of the squad.