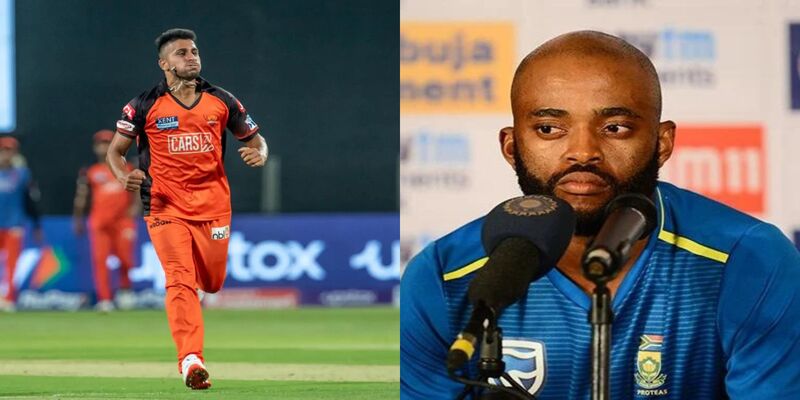 India is hosting South Africa for the five-match T20I series starting on Thursday, June 9 in Delhi. Both teams have already arrived and started their practice sessions. The BCCI has given rest to some of the seniors in the team. This will also be the first time in 13 years that the Men in Blue will play a T20I match without Virat Kohli and Rohit Sharma in the XI. Apart from these two, Jasprit Bumrah and Mohammed Shami have also been given rest.

KL Rahul will lead the Indian team, and Rishabh Pant will assist him as the vice-captain. However, a few new faces have got their chances after a good performance in the TATA IPL 2022. One of the most promising prospects in the Indian team, will be the Kashmir-born pacer, Umran Malik.

The 22-year-old was phenomenal in the 15th edition of the cash-rich league. He impressed everyone with his consistent raw speed and accuracy. As a result, he ended the season as the highest wicket-taker for any Indian pacer. Umran picked up 22 wickets in 14 games, including a fifer against GT.

He also won the “Emerging Player of the Season” award and is more likely to make his debut in the very first T20I. On the other hand, the Proteas have selected their best possible T20I squad for the series. A number of South African players were playing in the IPL, so they joined the team directly. Temba Bavuma will be leading the team, which is coming off excellent form.

However, the skipper is aware of the challenge that Umran Malik will pose in the series.In a media interaction ahead of the T20I series, Bavuma said that his team is used to playing fast bowlers. However, he also pointed out that no one wants to face a bowler who is bowling at 150 km/h.

The South African skipper concluded, “We have that weaponry in our arsenal. But Umran Malik is a special talent for Team India and I hope that he could emulate his IPL performance in international cricket.”

Notably, in the South African squad, Anrich Nortje, Kagiso Rabada, and Lungi Ngidi can also bowl at that speed. So this will be a great contest between the two teams.