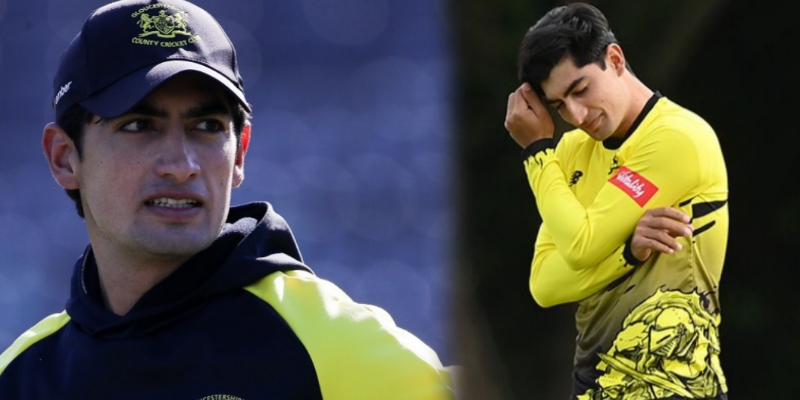 19-years-old Pakistani young pace bowler Naseem Shah has returned to Pakistan from his stint with the Gloucestershire County Club. He was playing the County Championship and the T20 Blast with them.

Naseem Shah made headlines when he was called-up to the Pakistan national team for the Australia Test series in 2019, when he was just a 16-years-old boy. He went on to make debut as well against the Aussies and became the youngest fast bowler ever to take a five wicket haul in the 2nd Test match against Sri Lanka a couple of days later.

He further went on to create record as he took his first Test hat-trick in 2020 against Bangladesh. The right-arm has only so far represented Pakistan in the Test format and yet to play a limited overs match.

However, for the last couple of months, his career has hindered because of injuries. He signed up with the Gloucestershire County Club for the County Championship 2022, but again, he sustained an injury and was replaced by fellow countrymen Mohammad Amir.

And now, once again, the pacer won’t be featuring for the team in the ongoing T20 Blast as the club confirmed that he has returned Pakistan due to family reasons. According to a report on Cricket Pakistan, his father is very ill at the moment.

It’s now a very unlikely that Naseem would be returning to England to take part in the T20 Blast for the moment. It must be noted that he will be featuring for the Welse Fire in ‘The Hundred’ tournament.