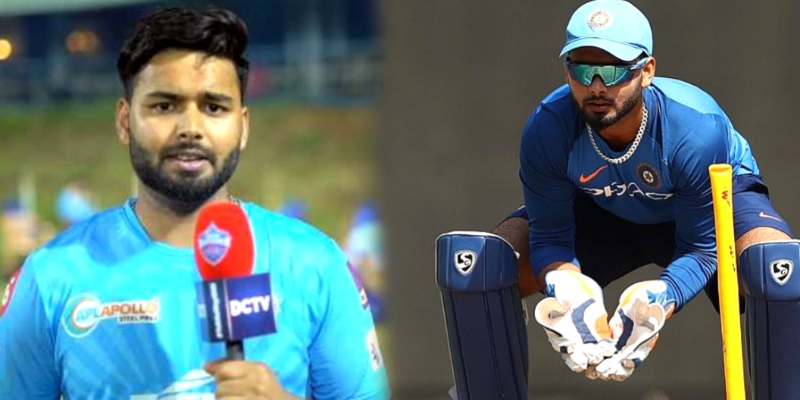 Indian cricket team’s wicketkeeper batsman Rishabh Pant has revealed why he decided take up the opportunity to be a wicketkeeper in his cricket career.

Rishabh Pant has become a household name in the Indian cricket scenes, earning praise from the cricket experts all around, not just because of his batting, but also because of his work behind the stumps.

Rishabh rose to fame in the 2016 U19 Cricket World Cup, playing for the Indian team as a opener. And after some impressive performance in the domestic cricket circuit, Rishabh Pant was first called-up to the Indian cricket team for the first time in 2017 for the T20I series against England.

The early phase of his career was not so fruitful though. The critics were not impressed with Pants’ performance, whether it is with the bat, or with gloves in hand behind the stumps. He was getting in and out and was like a surplus to requirement.

But, once he got the opportunity that he deserved, he never stopped. Today, he is probably one of the first names in the Indian team list. The Uttarakhand born left-hand batsman admires and idolizes MS Dhoni, and was lucky enough to have played with him.

But, do you know why the became a wicketkeeper batsman, the man himself has revealed the secret behind that.

“If you are a big name, then you should play cricket like that” – Kapil Dev lashes out at senior India players amid torrid form
Here’s why Pakistani young pacer Naseem Shah has returned home from his T20 Blast stint
To Top