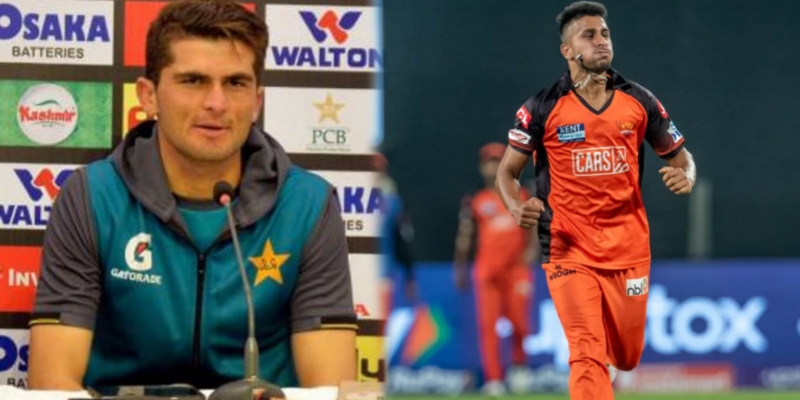 The Indian Premier League (IPL) 2022 season ended on the 29th of May with Gujarat Titans beating the Rajasthan Royals to win the Trophy in their maiden season. During the final match of the tournament, Lockie Ferguson bowled at 157.3 KMPH to win the fastest ball of the tournament.

But, throughout the tournament, it has been just Umran Malik show. The young Jammu and Kashmir born Sunrisers Hyderabad pacer won the fastest delivery of the match award in all of SRH’s match and his fastest ball was 157 KMPH, which was only beaten by Lockie Ferguson in the final of the IPL 2022.

Meanwhile, the Pakistan cricket team’s star pace bowler Shaheen Afridi had some hard words for the duo. The leading current Pakistan pacer stated that pace is not important that line and length.

Shaheen Afridi is currently preparing for Pakistan’s upcoming 3 match ODI series against West Indies at home. Before the series commences, Shaheen came infront of the media and was asked about the mind-boggling speed from the duo of Lockie Ferguson and Umran Malik in the IPL.

The Pakistani pacer is currently with the Pakistan national team preparing for the upcoming 3 match One Day International (ODI) series to be played between Pakistan and West Indies.

The series is the continuation of last year’s series, which had to be halted mid-way after the T20I series. The series commences on the 8th of June with the first ODI and the remaining two matches are followed on the 10th and the 12th of June.

“Nothing wrong with technique, he will comeback in form in England”- Former Indian skipper backs Virat Kohli
Wasim Jaffer posts a hilarious tweet after 17 wickets fall on Day 1 of England vs New Zealand series
To Top