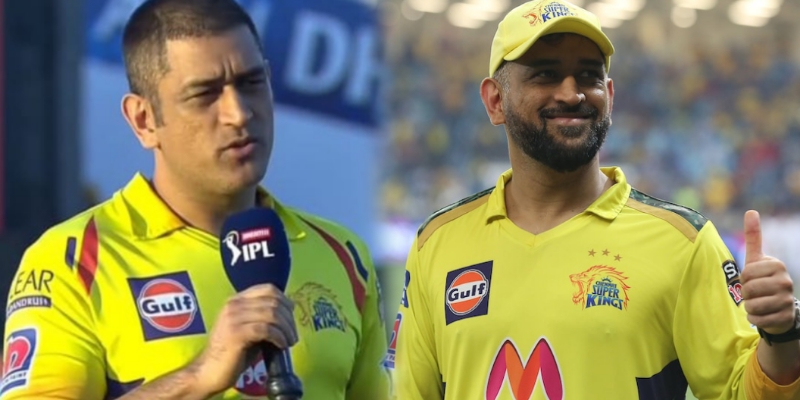 Mahendra Singh Dhoni has cleared all the coulds of uncertainty about his future with Chennai Super Kings and in the Indian Premier League (IPL) in the most recent match.

Match number 68 of the Indian Premier League (IPL) 2022 is being played between the Chennai Super Kings and the Rajasthan Royals in Mumbai’s Brabourne Stadium.

While Chennai Super Kings have already been knocked out of the race for the top 4 a way back, Rajasthan Royals are still looking to secure a top 2 finish with a win tonight.

However, the biggest talking point from this match so far is about CSK captain MS Dhoni. There were uncertainties over MS Dhoni’s future in the IPL as the Chennai Super Kings’ captain.

However, during the toss for the match, Dhoni cleared all the clouds of uncertainties and declared that he will continue with Chennai Super Kings in the IPL 2023.

Dhoni stated that he is definitely continuing with CSK in IPL 2023 when asked about it. He added that it would unfair to CSK fans to say them goodbye not in Chennai. “It will be unfair to not say thank you to Chennai. Won’t be nice to do that to CSK fans,” said the former Indian skipper.

“Our experts will keep an eye” – Mahela Jayawardene on Jofra Archer ruled out of English summer after another injury
“Bowler, Batter, Performer” – Twitter hails Ravichandran Ashwin for his All-round performance against CSK to win RR the game
To Top