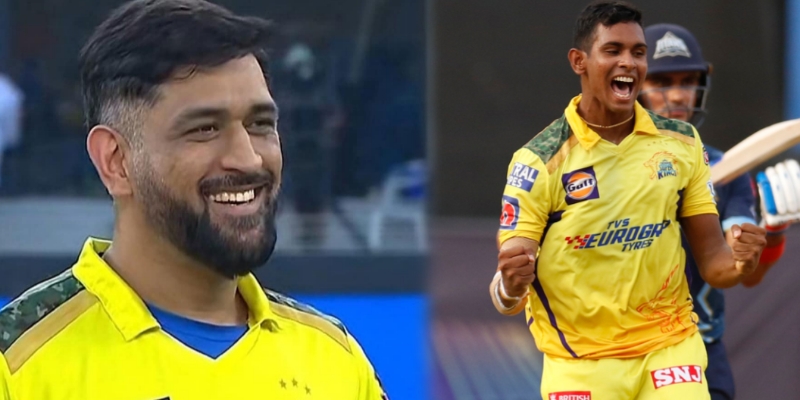 Chennai Super Kings captain MS Dhoni has heaped praise on Matheesha Pathirana, playing his first match in the Indian Premier League (IPL), who impressed everyone with his bowling in the debut match itself.

In the match, Chennai Super Kings fielded four changes and Pathirana, who was included in the team as Adam Milne’s replacement this season, finally got a chance to play his debut IPL match.

Although the Sri Lankan fast bowler could not win the match for his team with his bowling, but in the match, he dismissed big players like Shubman Gill and Hardik Pandya.

Regarding Pathirana’s bowling, Dhoni said in the post-match presentation that there is very less margin of error with Pathirana. He added that Pathirana has got good variations and if he continues to bowl like that, then it will be difficult for batsmen to play him.

“With Pathirana, the margin of error is slim. He’s got a good slower one and it will be tough to hit him if he bowls consistent pace,” said the veteran skipper.

Dhoni had won the toss and decided to bat first in the match, but his decision proved to be wrong and Chennai team could score only 133 runs in 20 overs. CSK batsmen were seen struggling for every single run from the beginning of the innings till the end. The team’s batsmen could not hit a single boundary in the last five overs.

Talking about the match, batting first, Chennai scored 133 runs in their limited 20 overs. While chasing the target, the Gujarat Titans easily won with five balls to spare, thanks to Wriddhiman Saha’s half-century.