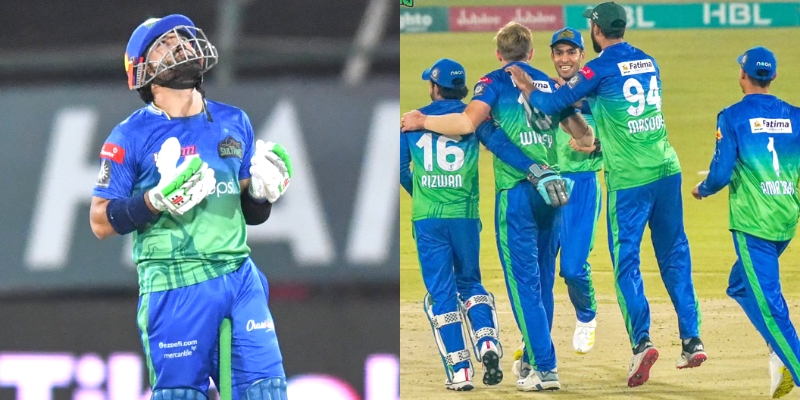 Mohammad Rizwan led Multan Sultans managed to continue their perfect run of form as the Multan based team picked up their 5th consecutive win of the Pakistan Super League (PSL) 2022 season.

Pakistan Super League defending champions Multan Sultans are turning out of be a force to reckon with as Pakistan wicketkeeper batsman Mohammad Rizwan led side has managed to win all 5 of their opening matches.

Most recently, Multan Sultans defeated Peshawar Zalmi in Karachi on 13 of the tournament. Thanks to brilliant inning from captain and Rizwan and a quickfire from Tim David, Multan Sultans put up 222 runs on the board, in response to which Peshawar could only score 165 in their 20 overs.

Mohammad Rizwan continued to stretch his inning and went on to score 82 runs of 53 balls at a strike rate of 154.72. Later in the inning, Singapore international batsman Tim David showcased his power-hitting as he went on to add a quickfire 51 runs from 19 balls to put 222 runs on the board.

Other than that, there was nothing special from the Peshawar Zalmi batsmen. A 42-years-old Imran Tahir bagged 3 wickets, while Shahnawaz Dahani also picked up 3 wickets.

Multan Sultans’ captain Mohammad Rizwan was named the Man of the Match for his brilliant captain’s knock of 82 runs, which made all the difference.

Multan Sultans currently sits at the very top of the points table with 5 wins out of 5 matches. They now next take on Peshawar Zalmi once again in return fixture in the 10th of February, this time in Lahore.