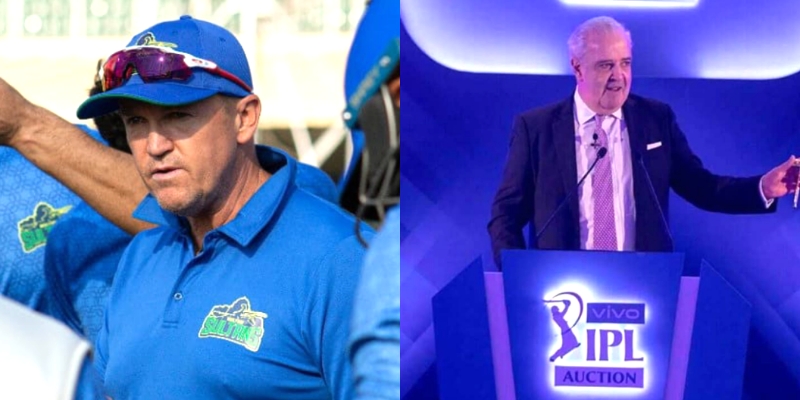 Pakistan Super League (PSL) franchise Multan Sultans have got off to a perfect start to the season, winning 4 matches of 4. But the team is set to suffer a set-back as Head Coach Andy Flower is set to leave midway to attend the IPL 2022 Mega Auction.

The defending champions of the Pakistan Super League, Multan Sultans have got off to a picture perfect start to the PSL 2022 campaign, having played 4 matches, they have won all of the matches.

In a 10 match per team league, having won the first 4 matches is a great start to the campaign for the Multan based side and could very well be the first team to qualify for the semi-finals of the competition.

The team is being led by the exceptional Pakistan International wicketkeeper batsman Mohammad Rizwan, who is also having a great campaign with the bat as well.

And even though the team is continuing their perfect start and have tasted a defeat yet this season, the team has suffered a major set-back as Head Coach Andy Flower is set to leave the midway through.

Andy Flower, the Multan Sultans Head Coach has a pretty busy schedule coming up ahead of him. First the PSL 2022 edition then the IPL 2022 season. But in between both, Andy Flower also have to attend the IPL Mega Auction.

Before the beginning of the IPL 2022 season, the first priority for each team is the upcoming IPL 2022 Mega Auction, that is scheduled to take place on the 12th and 13th February in Bangalore.

Andy Flower has been appointed the head coach of the new IPL franchise based out of Lucknow, the Lucknow Super Giants. He will be joining the team’s camp for the auction.

As per report on Cricket Pakistan website, Andy Flower will be back on duty for the Multan Sultans on the 13th or 14th of February and should be available for the Karachi Kings match on the 16th February.

Meanwhile, in his absence, the other coaches of the teams, the likes of Mushtaq Ahmed will take over the duties in absence of Andy Flower.