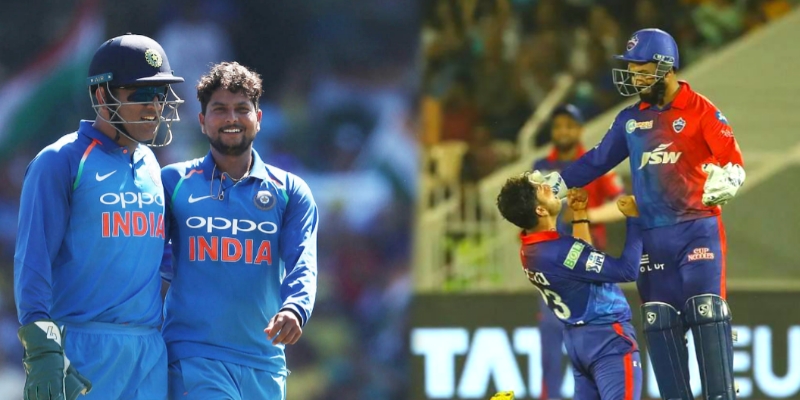 Delhi Capitals’ Kuldeep Yadav has performed brilliantly with 13 wickets in just seven matches in the Indian Premier League (IPL) 2022 so far. The left-arm wrist spinner is going well this season compare to last seasons as he hasn’t got many chances in the Kolkata Knight Riders’ playing XI in the last few seasons.

However, his new franchise Delhi Capitals has given him full support in the meantime and perhaps that is why Kuldeep is bowling well this season and has been the best bowler for his team.

The 27-year-old credited Delhi skipper Rishabh Pant for his stellar performance and even compared him to the great MS Dhoni. Let us tell you that, as long as Dhoni was behind the stumps for India, Kuldeep did a great job in International stages.

Dhoni used to give some important tips to the young spinner during the match and the result was also visible on the field. And as soon as Dhoni retired from International cricket, Kuldeep’s form went down.

The star spinner recently said about Rishabh Pant that, from behind the wicket, he helps him in the same way as Dhoni used to do. In a press release issued by Delhi Capitals, Kuldeep said that Rishabh Pant is showing some glimpse of Mahendra Singh Dhoni’s character behind the wicket and he guides well and is patient on the field.

“I feel Rishabh is showing a few glimpses of MS Dhoni’s characteristics behind the stumps,” stated the magical spin bowler.

Kuldeep further said that the credit for his performance in IPL 2022 so far goes to Rishabh and that they have a good understanding now. Meanwhile , the young spinner also said that Delhi Capitals assistant coach Shane Watson has helped him in the mental aspect of the game.