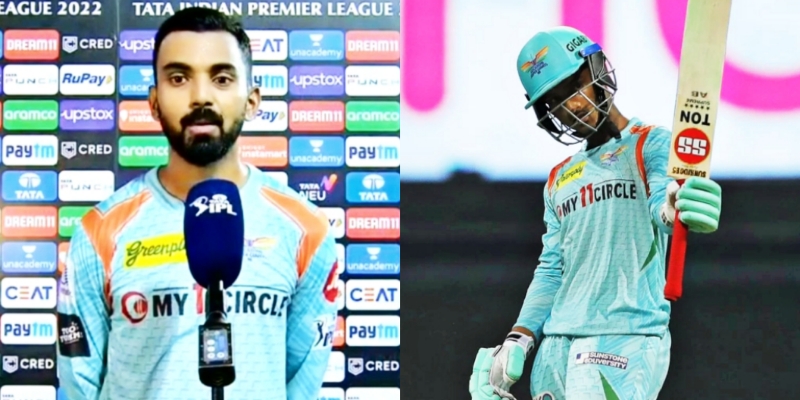 Lucknow Super Giants (LSG) did not got off a good start in their debut Indian Premier League (IPL) campaign as they suffered a defeat against the other new team in the IPL Gujarat Titans, but their batsman Ayush Badoni displayed some maturity to rescue LSG’s inning after a disastrous start.

IPL 2022’s 4th match of the season was played yesterday, on the 28th of March between the two new teams in the competition, the Gujarat Titans and Lucknow Super Giants.

It was not the best start for Lucknow Super Giants to their debut IPL campaign, losing their captain KL Rahul’s wicket in the first ball, while lost 4 wickets in the powerplay itself.

But then came the Delhi born 22-years-old Ayush Badoni, who played some great shot making and maturity to rescue Lucknow to take them to a total of 158 runs, from being 4 wickets down for 29 runs in the powerplay at one stage.

Badoni was only just making his debut in the Indian Premier League (IPL) after was picked for his base price in the IPL 2022 Mega Auction, and he scored a brilliant fifty in the match, earning praise from the cricket fraternity and the fans around.

He also received praise from his team’s captain KL Rahul, who called him a Baby AB of their own, as Ayush Badoni abbreviates to AB. KL Rahul heaped a praise on the youngster during the post match ceremony..

Rahul stated that he is the Baby AB for Lucknow Super Giants and praise his ability to play shots all around the ground and how he grabbed the opportunity that he got and praised for controlling the inning after coming in at 4 wickets down early on.

“He’s (Badoni) baby AB for us. He has been phenomenal from the first day,” a part of his statement reads.

Thanks to that brilliant inning from Ayush and a great inning from Deepak Hooda and Krunal Pandya, Lucknow managed to post 158 runs on the board, but even after denting Gujarat’s top order early on, they did well enough to make sure that Gujarat Titans walk out as victorious.

" Ayush Badoni is baby AB for us. He's been phenomenal from the first day. He can play 360 degrees. So happy for him. He did well under pressure & hopefully he can continue doing that. " ❤️👏🏻
– K L Rahul pic.twitter.com/ZRTOxpo5ey