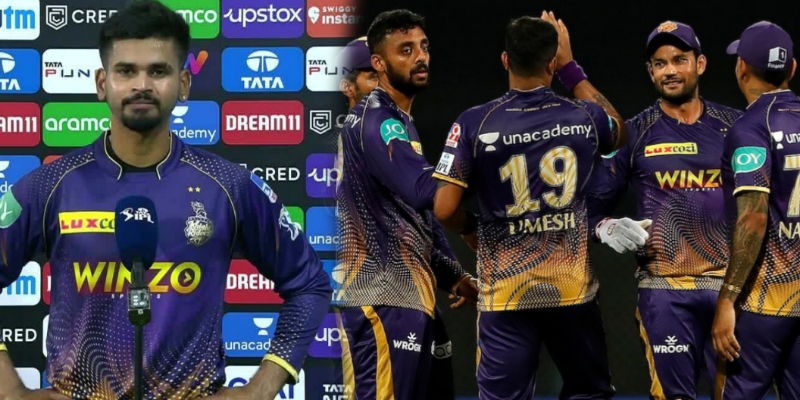 Ever since it has been confirmed that the playoffs for IPL 2022 will be played in Kolkata’s Eden Gardens, Kolkata Knight Riders (KKR) captain Shreyas Iyer has been very excited to play infront of home fans. However, looking at the points table, KKR will have to win as many matches as possible if they want to make it to the qualifiers.

Apart from Mumbai Indians and Chennai Super Kings, all the teams are doing their best and winning matches. Talking about KKR, in 8 matches, they have won only three matches so far and with 6 points they are at the eighth position in the points table.

From here KKR have to register maximum wins in their remaining matches. The team is still making more and more changes in their playing combination but all their plans proved to have not worked.

KKR team captain Shreyas Iyer is the highest run-scorer for KKR in the IPL 2022 so far. He has scored 248 runs in 8 matches. Although the team’s performance is mediocre, he is still confident that his team will reach the qualifiers.

In the official website of KKR team, Shreyas Iyer said in his statement that KKR had a very good start to the campaign, winning 3 of the first 4 matches, but after which, the performance has been mediocre, losing close encounters. He added that they have so far failed to implement the plan and it’s just about a win away for the team to get back its momentum.

He added that they know the qualifier matches are to be played at the Eden Gardens in Kolkata, thus, the team is prepared to give 100% to take the team to the qualifiers. He continued that the atmosphere has always been perfect and the players are very experienced and will do their best in the upcoming matches.

“We just got to know the qualifiers are at the Eden Gardens so we’ll put in our 100 per cent efforts to see to it that we win the games and go out there and entertain the fans,” said Shreyas Iyer.

Kolkata Knight Riders (KKR) next takes on the Delhi Capitals (DC) tonight, the 28 April at Wankhede Stadium in Mumbai. KKR occupies the eighth position in the points table, while Delhi is at the 7th position with 3 wins and 6 points from 7 matches.