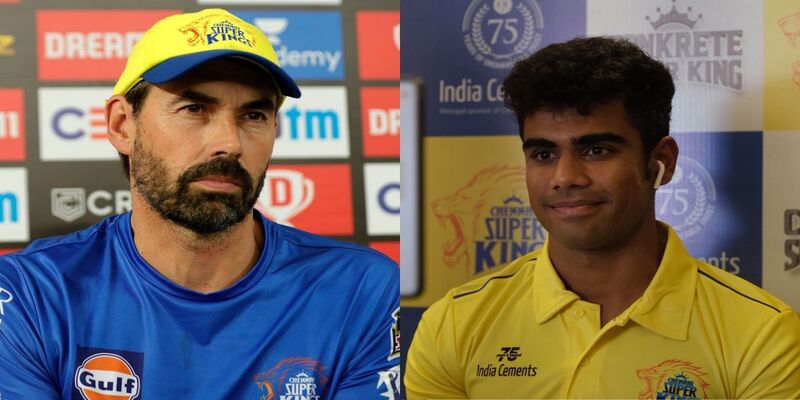 The 15th edition of the Indian Premier League is not the season that the defending champions would have wanted. CSK has lost six games out of eight and is on the verge of elimination. On Monday, they lost their last match against PBKS by 11 runs. Chasing the target of 188 runs, they fell short. Despite an aggressive knock of 78 off 39 balls by Ambati Rayudu, the Yellow Army were not able to win.

However, there are a few areas that Chennai needs to work on that have led them to this situation. Notably, after having a poor tournament, one thing that caught the eyes of everyone was the place of young U19 talent, Rajvardhan Hangargekar. The 19-year-old was part of India’s recent U19 World Cup triumph in the West Indies. He was a vital part of the team and performed really well with ball in the hand. On the other hand, a few of the franchises have already given chances to some young players, but CSK hasn’t tried him yet.

There is much speculation about the inclusion of the U19 star in the CSK line-up. And now, CSK head coach Stephen Fleming has come up with the reason why they haven’t given him a chance so far this season. As per the official site of the Chennai Super Kings, Fleming said that they are very careful towards him. He stated that everyone knows how he performed in the U19 World Cup, but the IPL is on another level. The CSK head coach added, “We don’t wanna just throw him in and damage him. We want to make sure we realize the potential that he’s got.”

The 49-year-old also said that he is going through a good system within the team. Speaking on his inclusion, he said that Hangargekar has already played a few big games and as his opportunities come, he will definitely be a part of the playing XI. Fleming pointed out that having a pace is a different thing, but one needs to learn how to use it and bowl on a big platform. Stephen Fleming concluded, “We’re not gonna mess around with a talent like him.”

The 19-year-old caught the attention of everyone with his performance in the World Cup. It was his spell against Australia in the semi-final where he was bowling at over 140 km/ph on a consistent basis. He ended the tournament with four wickets in five games. His performance led him to participate in the 2022 mega-auction. And a few franchises were seen to be interested in him. But in the end, it was the four-time champion that bought his services at a price of INR 1.5 crore.

It is still a question whether he will get a chance to make his debut in the grand T20 league or not. CSK will now lock horns with Sunrisers Hyderabad on Sunday, May 1 at the MCA Stadium in Pune.