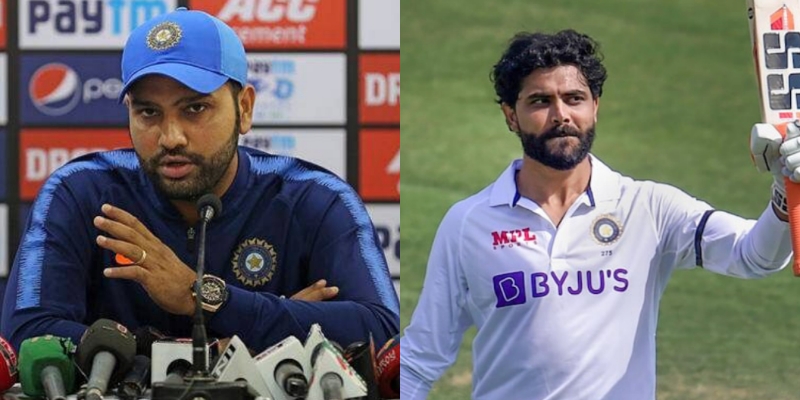 Indian cricket team registered a top class victory in the first Test match against Sri Lanka in Mohali as India’s Ravindra Jadeja showcased a great all-round show to prove his worth and value in the Indian cricket team.

Rohit Sharma led India managed victory by an inning and 222 runs in the first Test match of the 2 match series against Sri Lanka. India managed to put a strong 574 runs on the board, in reply to which Sri Lanka were dismissed for 174 and 178 runs in their 1st and 2nd inning respectively.

All-rounder Ravindra Jadeja was India’s top performer with both the bat and ball. First with the bat, Jadeja played a crucial inning of 175 runs from 228 balls. He then took 9 wickets combined from both the innings with the ball, taking 5 wickets in the first inning and 4 wickets in the 2nd inning.

Talking about his performance, Indian team’s captain Rohit Sharma praised Jadeja in the post match press conference. He said that he wants to use Ravindra Jadeja more with the bat. He said that his quality with the ball and fielding is known to everyone and he is a top all-rounder and he is proving that after every matches.

He added that Jadeja is very hungry and and the hunger is what drives a athlete forward, and that can be clearly seen in Jadeja, “He’s very hungry, as you can see. That hunger is something that drives athletes to move forward. I see that in Jadeja clearly.”

With that win in Mohali, in a very special for Virat Kohli, Team India have taken the lead in the 2 match series with the concluding match set to take place on between the 12th March till the 16th March. India needs either a draw or a win to win the series.