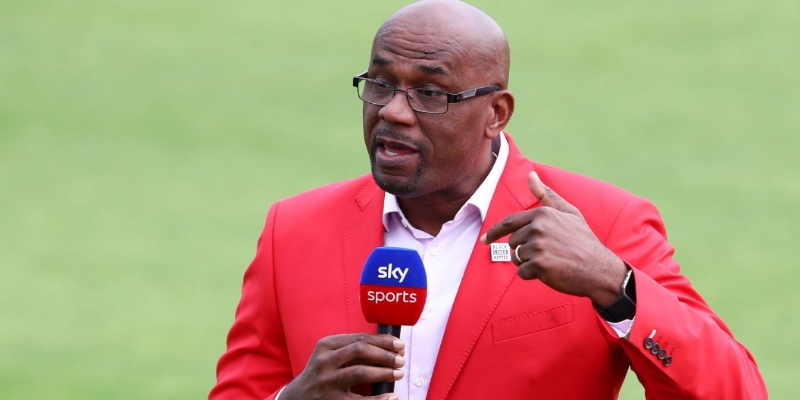 West Indies pace bowling legend Ian Bishop heaped praised on Dean Elgar’s knock against India on Twitter, saying that openers such as South Africa’s Dean Elgar and Sri Lanka’s Dimuth Karunaratne must be recognised far more than that for their philosophy or approach to Test cricket in last couple of years.

The fourth day’s play in the 2nd Test match between India and South Africa is currently being interrupted due to rain. There is still no sign of play as of Tea Break on Day 4.

South Africa finished the Day 3’s play at 2 wickets down for 118 runs in pursuit of their 240-run target, with captain Dean Elgar leading the way with an impressive unbeaten knock of 46 runs. In the second innings, the Proteas captain batted magnificently and held strong against the Indian bowling attack, especially the pace bowling that India possess.

He was also formed two great partnerships with his teammates. Elgar and Aiden Markram added 47 runs for the first wicket, which was followed by a 46-run stand for the second wicket with Keegan Petersen.

While praising Elgar for his knock, Ian Bishop also mentioned that both Dean Elgar and Sri Lanka’s captain Dimuth Karunaratne are the two most understated Test players in the last couple of years.

Have no idea how South Africa are 114 for 2 on that
Weve got to start appreciating Dean Elgar and Dimuth Karunaratne more. Two of test crickets most understated, but bloody minded openers of the last few years.

Much earlier, South Africa had dismissed India for 202 runs in the first inning, while they themselves couldn’t make most of it, as they fell pray to a hunting Shardul Thakur, whose 7 wickets stopped the Proteas at 229 runs, taking a lead of 27 runs.