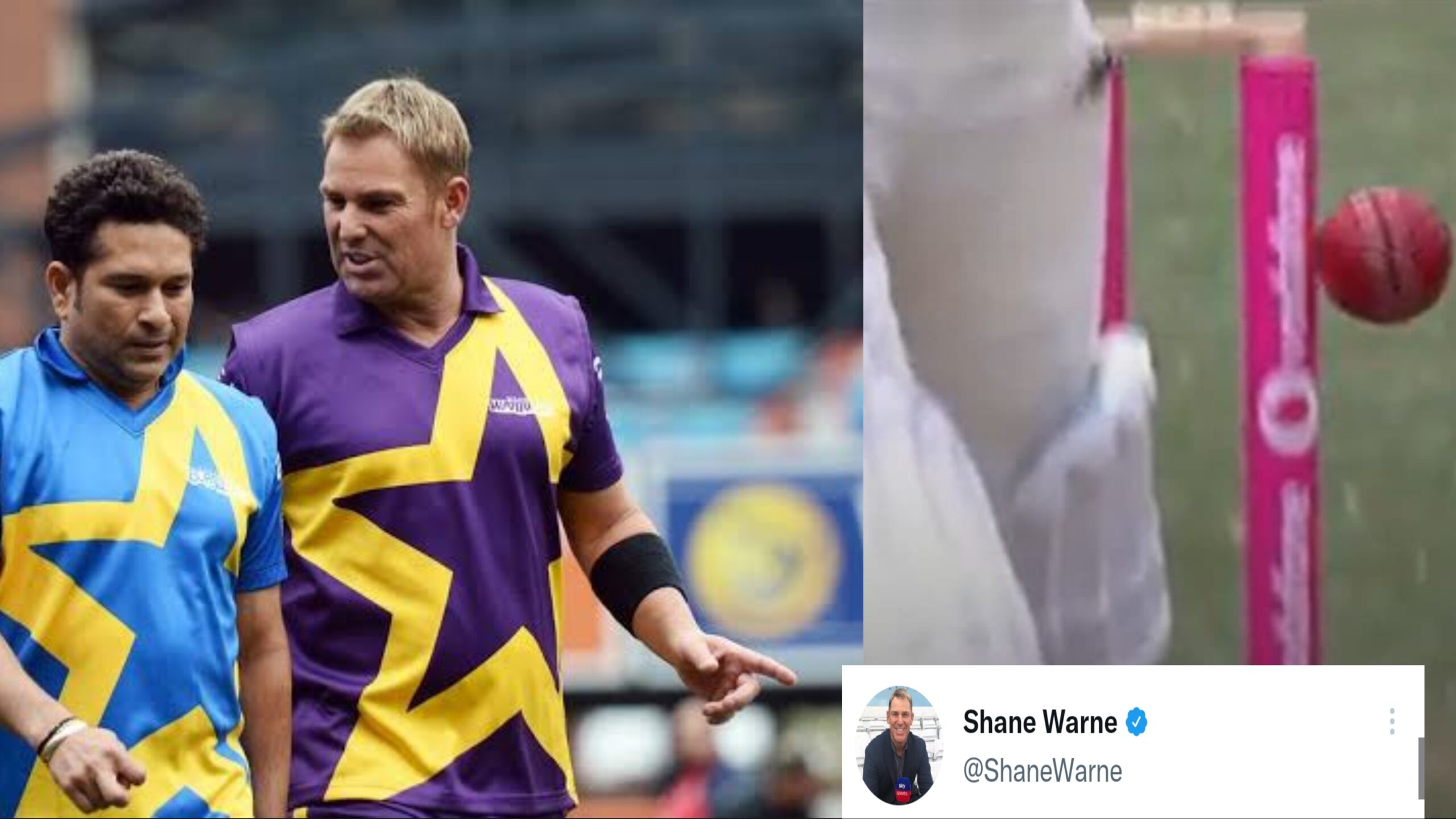 Australian spin bowling legend Shane Warne has reacted to a suggestion given by Sachin Tendulkar about a new rule that should be introduced by the ICC for the balls that hit the stumps but the bails do not come down. This suggestion was given by the Little Master after a delivery from Cameron Green hit the stumps when Ben Stokes was batting, but the bails did not come down.

Interestingly though, the players appealed to the umpire, and he ruled Stokes out for an LBW. The England cricket team star immediately reviewed it and was delighted to find out that the ball hit the stumps and not his pads. Here is a video of that incident:

Soon after watching the video, Sachin Tendulkar posted a tweet and tagged Shane Warne after writing the following suggestion to make the game fair to the bowlers.

“Should a law be introduced called ‘hitting the stumps’ after the ball has hit them but not dislodged the bails? What do you think guys? Let’s be fair to bowlers!”

Interesting point & one to debate my friend: Shane Warne sends a message to Sachin Tendulkar

A few hours after former Indian captain Sachin Tendulkar posted the message, Shane Warne reacted to it and responded to him with the following words:

“Interesting point & one to debate my friend. I will take this to the world cricket committee for discussion & come back to you. Never seen anything like that today – Greene’s delivery was 142kph and hit the stump hard !!!!!”

Interesting point & one to debate my friend. I will take this to the world cricket committee for discussion & come back to you. Never seen anything like that today – Greene’s delivery was 142kph and hit the stump hard !!!!! 😩😂 https://t.co/GO6IeHgtsk

This incident from The Ashes has become a huge talking point on Twitter. The video has received over 1.5 million views already, and many fans have shared their views regarding it. It will be interesting to see if there is any rule change made by the ICC.