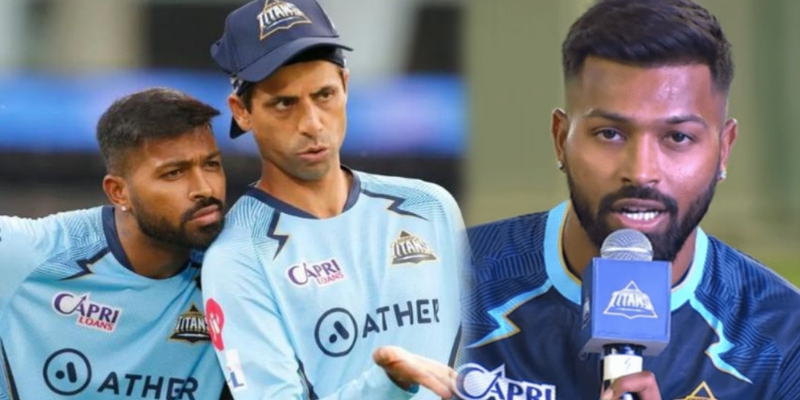 Hardik Pandya, the Gujarat Titans captain has revealed that the Gujarat Titans’ Head Coach and former Indian pacer Ashish Nehra is the reason behind him joining Gujarat as he believed that he can help him to get to the best out of him in the Indian Premier League (IPL) 2022.

Two new teams coming in into the Indian Premier League (IPL) from the 2022 season meant that more young players got the opportunity to showcase their talent. But, one player who took full advantage of that was Hardik Pandya.

Hardik Pandya was signed by the Gujarat Titans, the one of the two new teams, before the IPL 2022 Mega Auction and was made the captain of the team.

And throughout the season, he has proven why he was choosen by the team to lead them in their first season. Hardik made right calls at the right time, while also displayed his batting master-class.

Pandya scored 453 runs from 14 matches and took 5 wickets as well. He decided to test himself out in the upper-order, coming in at number 3 and playing some explosive knock.

The India all-rounder will be leading the team in the final of the Indian Premier League (IPL) 2022 season tonight and before that, has heaped praise on the team’s Head Coach Ashish Nehra.

Hardik was quoted by the Time of India, stating that he and Krunal had discussed before signing that and had stated that Nehra is the kind of a person who would understands him and can get the best out of him.

“I and my brother (Krunal) were having a chat before we sign. I said, someone who can understand me and know me as a person and kind of get the best out of me would be Ashish Nehra,” said Pandya.