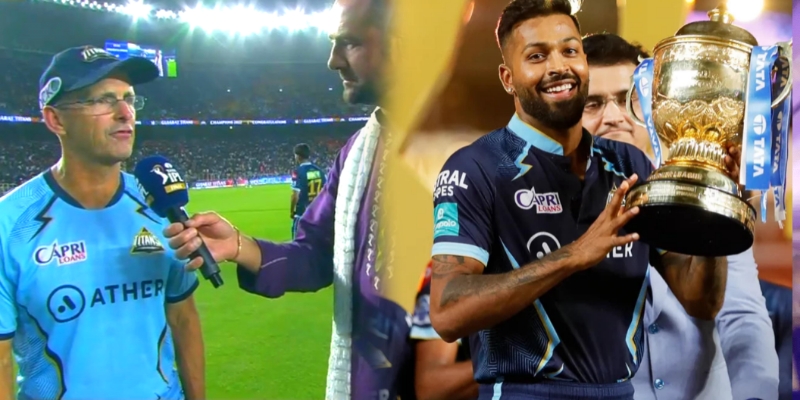 Gujarat Titans walked out with the Trophy in their hand when they took on and beat the Rajasthan Royals in the final of the Indian Premier League (IPL) 2022 season at their home ground in Ahmedabad’s Motera Stadium.

After the match, Gujarat’s team mentor Gary Kirsten was full of praise for the team’s captain Hardik Pandya, whom was only on his first stint as a captain in the Indian Premier League (IPL).

“He has been fantastic, he is a very high-profile player in India and very humble too. He always wants to learn as a leader and engages with his players, which is really important as a captain,” said the former World Cup winning coach.

As for the match, it was Rajasthan Royals skipper Sanju Samson who won the toss and opted to bat first, surprisingly. However, his team could not put up a big total on the board as they could only score 130 runs from their 20 overs.

Gujarat Titans did not look comfortable with their chase, but, in the end, a great conserving inning from Shubman Gill ensured that there is no collapse and they managed to get the target with 11 balls to spare, winning the tournament in their very first season in the competition.