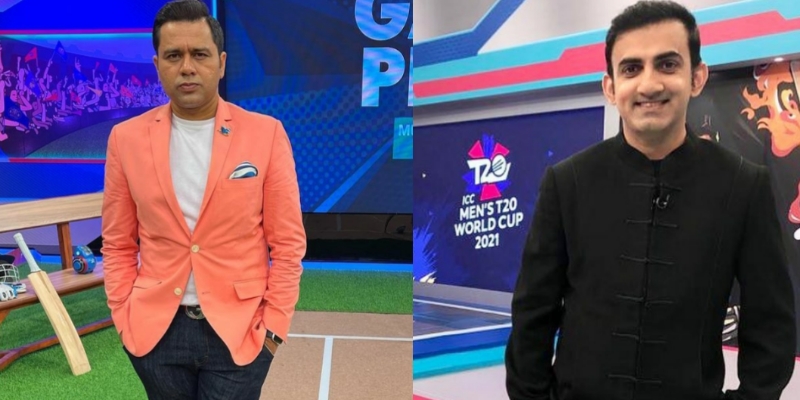 Gautam Gambhir and Aakash Chopra are two of the top Hindi commentators in the cricket world. They have been a part of the Star Sports Hindi commentary panel for quite some time. While both have a ton of knowledge about the game, their predictions have gone wrong many times recently.

Aakash Chopra often makes predictions on his YouTube channel or the pre-match show of Star Sports. Even Gautam Gambhir shares his views and he predicted a final between Australia and New Zealand in T20 WC 2021. Chopra had predicted a final between the England cricket team and the Pakistan cricket team in the ICC T20 World Cup 2021. Both teams qualified for the semifinals of the T20 World Cup 2021 by topping their respective Super 12 groups.

Soon after the results, Aakash Chopra called Gambhir the prediction king while responding to a fan’s tweet.

Here’s what Gautam replied to Aakash Chopra after his accurate prediction:

“You know the secret @cricketaakash! Have shared it with you!”

You know the secret @cricketaakash! Have shared it with you! https://t.co/FrMsQWKMHW

The final of the ICC T20 World Cup 2021 will happen this Sunday, featuring Australia and New Zealand at the Dubai International Cricket Stadium.