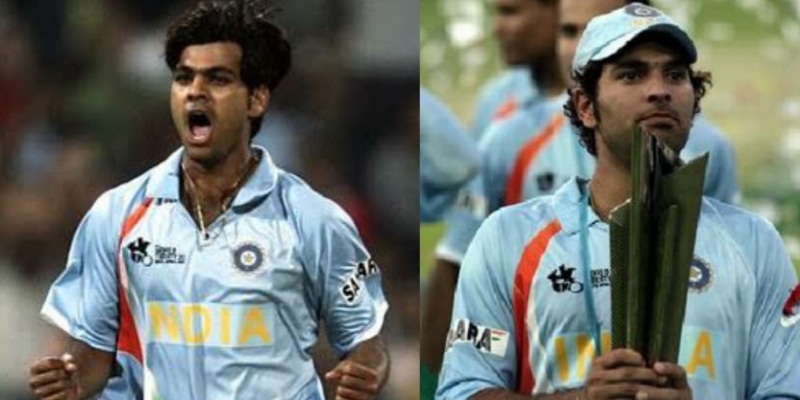 The ICC T20 World Cup is the biggest international tournament in the T20 format of cricket. Teams from all over the world assemble at one place to compete against each other. At the end of the competition, one team is crowned the champions of the T20 world.

India were the inaugural T20 World Cup champions. The Men in Blue won the competition played in South Africa in 2007 by beating Pakistan in the final. Although India have not won the title again, they have been one of the top teams in the competition’s history. In this article today, we will form the all-time best Indian T20 World Cup playing XI:

The right hand-left hand pair of Rohit Sharma and Gautam Gambhir will open the innings for this team. Sharma is the second-highest leading run-getter for India in T20 WC, with 673 runs, while Gambhir scored 524 runs in 20 innings, smashing four fifties.

Virat Kohli will bat at the number three position for this team. The current Indian cricket team has scored 777 runs in 16 innings, the most by any Indian in T20 World Cup history. Suresh Raina was the first Indian to score a hundred in T20 WC. The southpaw scored 453 runs in 21 innings. MS Dhoni will lead the team and keep the wickets. In all previous T20 WC tournaments, Dhoni was the captain of the Indian cricket team.

Yuvraj Singh, Ravindra Jadeja and Irfan Pathan will be the three all-rounders of this team. Singh scored 593 runs and scalped 12 wickets during his T20 World Cup career, while Irfan took 16 wickets and scored 85 runs. Both left-handers played a vital role in the Indian cricket team’s 2007 T20 World Cup triumph. Jadeja has scalped 14 wickets and scored 56 runs at the grandest stage.

Ravichandran Ashwin is the highest wicket-taker for India, with 20 wickets in ICC T20 WC matches. Ashish Nehra picked up 15 wickets in ten games, while RP Singh bagged 14 wickets in eight innings. Both left-arm pacers will lead the pace attack of this XI.

6 Indians in T20 WC 2021 squad who have never played vs. Pakistan
4 international team captains who have stepped down in 2021
To Top