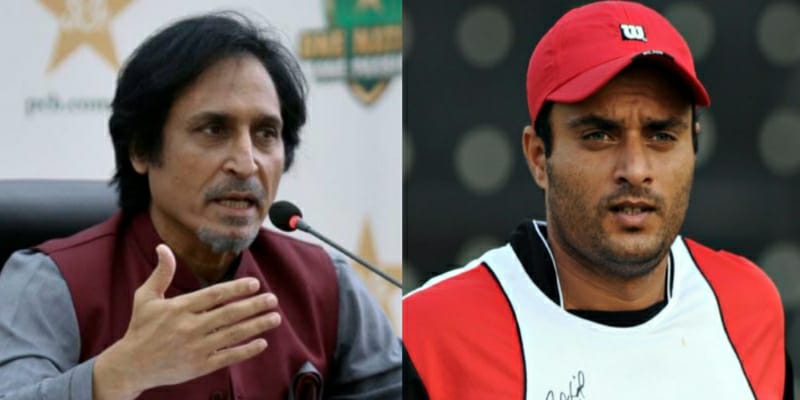 Former Pakistani international cricketer Tanvir Ahmed has criticized Ramiz Raja, the head of the Pakistan Cricket Board (PCB), and claimed that the former captain will ruin the sport in his homeland. Raja made a lot of new projects for the game in the upcoming year public on Friday. Since taking over as board chairman last year, he also underlined the accomplishments of his team, Pakistan, and himself. However, Ahmed wasn’t happy with his remarks and criticized the cricketer-turned-administrator for doing nothing better since he took over.

When Raja was chosen for the top position, the 43-year-old Ahmed said he was hoping that things would improve for Pakistan cricket, but he has been let down. He said, “Can you tell me one good thing that Ramiz Raja has done since taking charge?”. He also said that Pakistan team selection is also not based on merit.

Ahmed said that the chairman ought to have concentrated on planning two- or three-day tournaments rather than having a Junior PSL. He also said, “He is going to destroy Pakistan cricket with such decisions”.

He said by having the junior PSL, young players will not focus on the longer formats. They only focus on hitting sixes. So it will ruin the game of sports he added. He also said that people across the world are raising their voices against T20 Cricket, where the Chairman of Pakistan is organizing a junior PSL.

Pakistan will play their first league game against India in the upcoming T20 World Cup in Australia. This most entertaining match will be played at Melbourne Cricket Ground. Team India will look to beat Pakistan this time and take a big step forward in reaching the Semi Finals. Last time when they met each other it was Babar’s men who beat Virat Kohli led team India.

“At the moment, he is the big one” – Simon Doull names the world’s best player now
Here’s what Hardik Pandya said on why Ruturaj Gaikwad didn’t open in the first T20I against Ireland
To Top