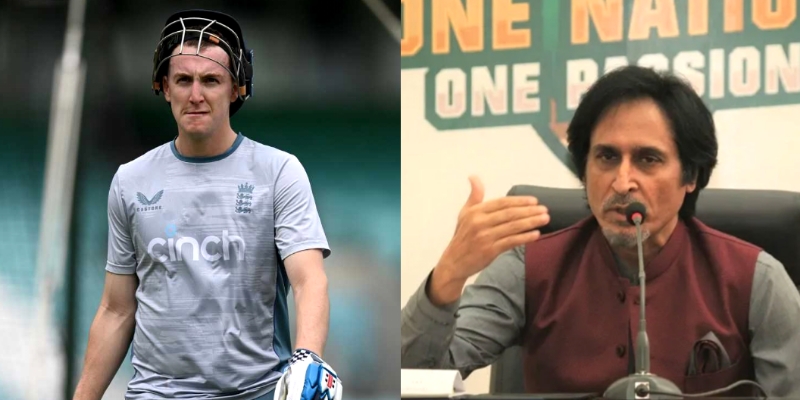 The England cricket team is on a historic tour of Pakistan after a gap of 17 years, and the visiting team was warmly welcomed by fans in Pakistan during the first T20I match played in Karachi on 20th September. Let us tell you, England started this historic tour in a spectacular fashion by winning the first match of the seven-match T20I series against Pakistan by six wickets.

As England is touring Pakistan for the first time since 2005, the Pakistan Cricket Board (PCB) has left no stone unturned in the hospitality and security of the visiting team. It must be noted that, New Zealand cricket team had cancelled their tour of Pakistan shortly before the start of the ODI series last year after news of a threat to the security of the team, due to which Pakistan had to suffer a lot.

However, despite this critical move from New Zealand, Australia toured Pakistan earlier this year, and now England are on this historic tour after security clearance. With this tour of England, truly international cricket has returned to Pakistan, for which the PCB had to struggle a lot.

Meanwhile, young England batsman Harry Brook has revealed how the PCB has made stringent security arrangements for the team.

After playing a match winning knock, Harry Brook joked after the match, “Every time I go to the toilet, I have got someone always following me. I’ve never experienced anything like this before, but it’s cool, we feel very safe here. We are all enjoying the tour of Pakistan and this tight security.”

It must also be noted that Harry Brook has previously been to Pakistan before this series as well having played for the Lahore Qalandars in the Pakistan Super League (PSL) 2022 edition. He also scored a brilliant century against Islamabad United.

Harry Brook regarding the security in Pakistan "every time I go to the toilet I've got someone following me. I've never really had that before" #PAKvENG #Cricket

Let us remind you that, after the terrorist attack on the Sri Lanka cricket team’s bus in the year 2009, all the teams had boycotted to tour Pakistan. But after a few years, teams like West Indies, Zimbabwe and Sri Lanka again started stepping foot on the Pakistani soil. Now no big team shy away from touring the Asian team, and there is PCB always there with tight security for it.