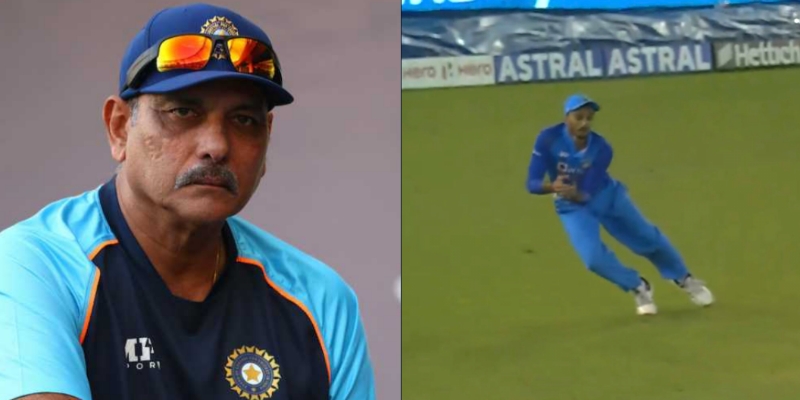 Considering the way the Indian team lost the first T20 International match of the series against Australia, a lot of questions have been raised on the team. The Indian team dropped two important catches in this match and it in the ended proved very expensive.

At the same time, former head coach Ravi Shastri has said that there is a shortage of young players in the Indian team and that is why the players are not able to complete the catches.

One of the main reason for the Indian team’s defeat in Mohali was due to their poor fielding. First Axar Patel dropped a catch and then team’s vice-captain KL Rahul also dropped a simple catch. It could have been a very important wicket of Cameron Green, who later went on to score 61 runs of 30 balls.

He said during commentary, “If you look at the Indian team over the years, it has been a good mix of youth and experience. There are no young players in this team and that is why the fielding is getting so bad. If you see in the last five-six years, this Indian team does not match with anyone in terms of fielding and you can lose it in big tournaments.”

Australia defeated the Indian team by 4 wickets in the first T20I match of the 3 match series played in Mohali. Batting first, the Indian team put up a huge total of 208 runs for the loss of 6 wickets in their allotted 20 overs. In reply, Australia easily achieved this target in 19.2 overs. The Aussies were throughout the game aggressive and dropping their catches made them even more aggressive to take up the opportunity.